Staff at Bulamu International Health (BIH)-Care are in shock following the sudden sacking of their longtime director and co-founder, Gerald Atwiine on allegations of misappropriation funds of the organisation.

The organisation that has its headquarters in California, United States, has been running medical camps in Ugandan since 2015 when it launched its first camp in Sheema district, freely offering treatment to thousands of patients who hitherto lacked access to basic medical services.

Mr. Atwiine is accused of embezzlement and gross misconduct among many other offenses that went against the organisation’s codes of conduct and statutes, according to the new BHI president, Richard Chandler.

On October 24, 2018, the board of directors terminated Mr. Atwiine’s presidency at BHI in a move to protect BHI’s assets and image after the former president made unlawful transactions from the organisation’s donor account in Dfcu Bank without notifying his senior colleagues.

Mr. Chandler accuses the former director of moving US $50,000 and US $100,000 into his personal account on the October 3 and 5,2018 respectively without signatory acknowledgement from neither the organisation’s Chief Finance Officer nor treasurer. He maintains that Mr. Atwiine still holds onto a whopping Shs150 million he took for ‘safekeeping.’

However, Mr. Atwiine has dismissed the accusations simply dubbing them a ‘colonial maneuver’: “What you are attempting to do is not only meant to crush my spirit but is exactly what colonialists did to this beautiful wealthy continent called Africa-divide and conquer.”

Atwiine say Mr. Chandler was fully aware of the monetary transactions and that he approved them through electronic email without any prior complaints. The founder also questioned the manner in which he was fired: The BHI constitutions require a seven-day notice before the termination of one’s role(s). He said the notice was not given to him despite his immense contribution to the organisation.

Further, citing misconduct on the side pf Mr. Chandler and the board, Atwiine advises those now in-charge of the organisation against pursuing any further action against him, saying that risk tarnishing the organisation’s image and license revoked by government.

Who is Gerald Atwiine?

A charismatic and patriotic young fellow, Gerald left his hometown of Rukungiri at a very young age and set out for greener pastures in America where he studied and became a medical nurse. It was through his practice that he met his benefactor and Co-founder Jim Balassone. Together they teamed up to realize Gerald’s dream that would provide free medical health care to those living in impoverished communities within Uganda. In 2015, BHI under his command launched its first ever medical camp in Sheema district and has since carried out a total of 10 successful camps saving up to 80,000 lives in Uganda including 600 surgeries that were successfully performed. The organisation flourished and gained nationwide recognition under his leadership mainly due to his hands-on approach and exemplary nature that saw him recruit youths into the organisation.

He ensured that BHI did not only treat patients but also created a ‘culture of giving back’ amongst Ugandans abroad that made BHI create a lasting impression on the lives of many.

The news of Atwiine’s sacking has left many shattered and camps divided with some of the former staff celebrating his downfall whilst some vehemently refusing to accept the new changes, claiming the organisation is incapable of functioning in the absence of the sacked official. Both parties are currently seeking legal intervention with the necessary authorities both here and in the U.S.


A source close to the case in the U.S claims that Atwiine might come out victorious after all this, given the circumstances the led to his firing: “There is a malicious intent with which they handled his termination as president and founder of BHI; We have only heard their side of the story and people need to pay attention to Gerald’s reasons behind his actions because up till now there is still no evidence provided that he stole a single dime.”

Despite the lines drawn and frontiers put up between the two parties, Chandler assures staff members and the government of Uganda that the organisation’s activities and camps will resume and move forward as before with its first outreach scheduled for January 2019.

BHI is fast getting popularity amongst Ugandans across the nation including some leaders such as the Vice President Edward Ssekandi, who invited them to treat patients in his home town of Masaka due to its ‘super-camp status’. Dubbed a hospital on wheels, the organisation offers more medical services than the average medical camp including fully funded surgical procedures and an Angel programme that covers complicated cases such as Spina bifida and hydrocephalus. 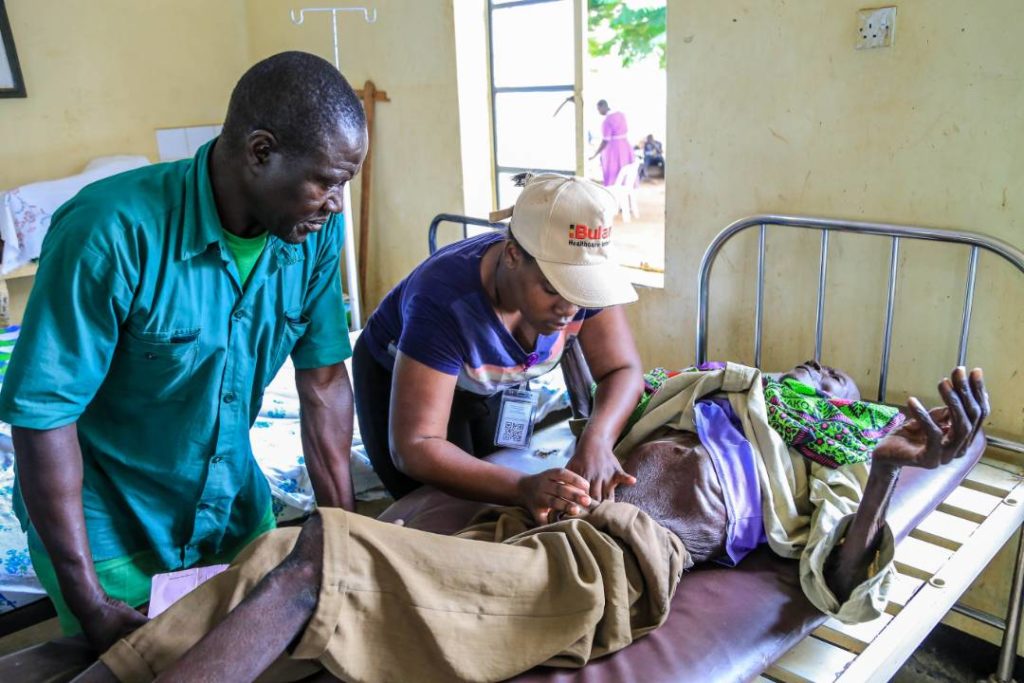 These camps are made successful majorly through donor funding, largely sourced from the U.S as well as partnerships with various organisations such as the Weekly Foundation that seeks to better the health care programmes within Uganda. These super-camps run on a budget of about $40,000 per week, including post camp surgeries that would require extra funding outside of these camps under its fully fledged Angel programme.