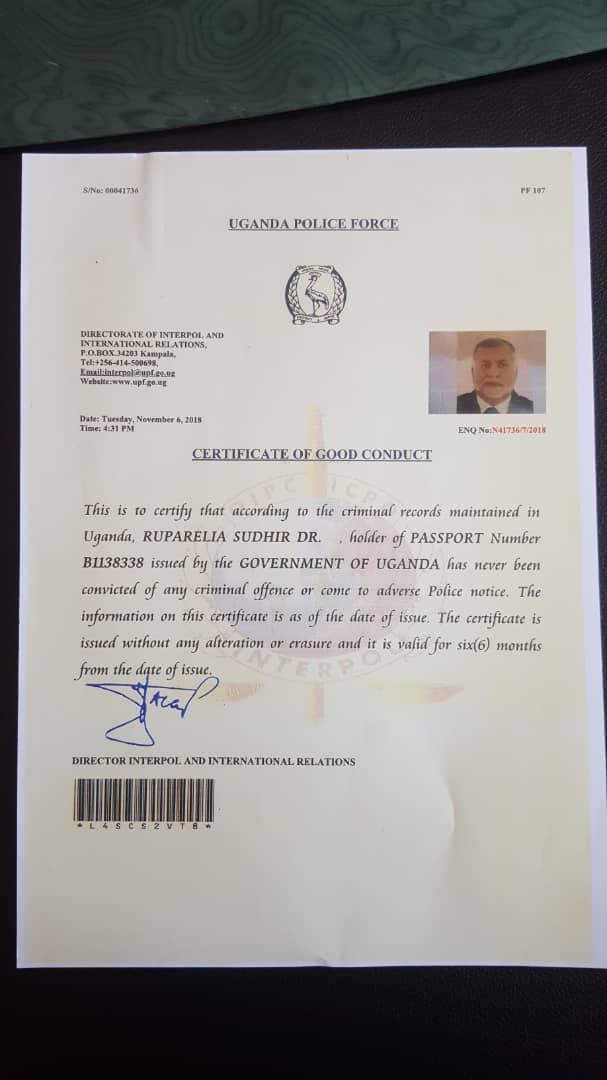 The Chairman of Ruparelia Group Dr Sudhir Ruparelia has no any criminal record, according to the Uganda Police Directorate of Interpol and International Relations.

On November 6, 2018, Interpol issued Sudhir with a Certificate of Good Conduct, saying the tycoon has never been convicted of any criminal or offence or come to adverse police notice.

“The information on this certificate is as of the date of issue. The certificate is issued without any alteration or erasure and it is valid for six (6) months,” it reads.

The certificates puts to rest the allegations in the sections of the media that Dr. Sudhir is involved in corruption related cases, which included the recent allegations that he gave hundreds of millions of money to Cosase committee to favour him in the on-going probe of Bank of Uganda over sale of seven commercial banks, including Crane Bank Limited, where he was the majority shareholder.