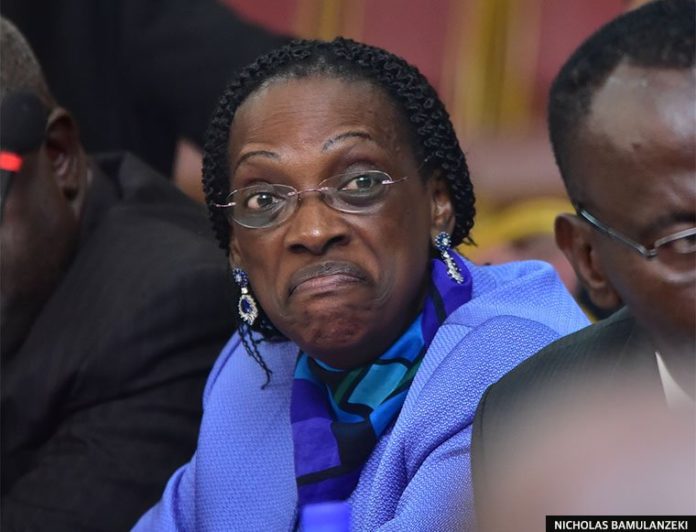 MPs on Parliament’s Committee on Commissions, Statutory Authorities and State Enterprises (Cosase) have summoned the former Bank of Uganda (BoU) Executive Director of Supervision, Justine Bagyenda to come back and appear before them on Tuesday next without fail, with the Committee Chairman Abdu Katuntu, saying should she fail to appear, a warrant of arrest will be issued against her.

Cosase is probing BoU top officials over the controversial liquidation of seven commercial banks and Mrs. Bagyenda was partly involved in the transactions. On Wednesday and Thursday, Bagyenda appeared before the Committee but she did give satisfactory answers to issues raised as regards the liquidation of Greenland Bank by BOU.

Mrs. Bagyenda is out of the country but her letter informing BoU Governor Prof. Emmanuel Tumusiime-Mutebile of her flying out of the country last evening was received Friday morning and she didn’t mention which country she was vising or when she would be coming back. Katuntu also received same the letter Thursday morning.

The MPs were bitter that Mrs. Bagyenda, who also has issues with the Inspector General of Government (IGG) over her illicit accumulation of wealth, left the country without informing them in time, which they said was intentional on her part.

Katuntu decided to adjourn the meeting to Tuesday next week, with summons that the embattled Bagyenda returns to the committee by 10am on that day without fail. Mrs. Bagyenda is believed to have left with documents which is not willing to release.

Katuntu meanwhile has ordered the CID and Uganda police to communicate to Bagyenda on her email, telephone. They are also to look for details of Bagyenda’s travel as declared at the immigrations at Entebbe International Airport.

MP Beatrice Anywa said: “It is disappointing that Bagyenda didn’t have the courtesy to tell the committee that she would be out of the country. When did Bagyenda send in the letter? When is she coming back? It is not indicated in the letter. Has she fled the country? We need to invoke our powers to have her arrested.”

MP Nathan Byandala added: I think Mrs. Bagyenda must be brought to her level. These are people who think they are untouchable. We are not going to accept this,” he said.