The Electoral Commission has this Friday evening cancelled the candidature of two candidates for the by-election of District Chairperson, Busia District.

The candidature of Democratic Party’s Deogratius Hasubi Njoki has been cancelled because the names under which he was nominated are not in the National Voters Register. 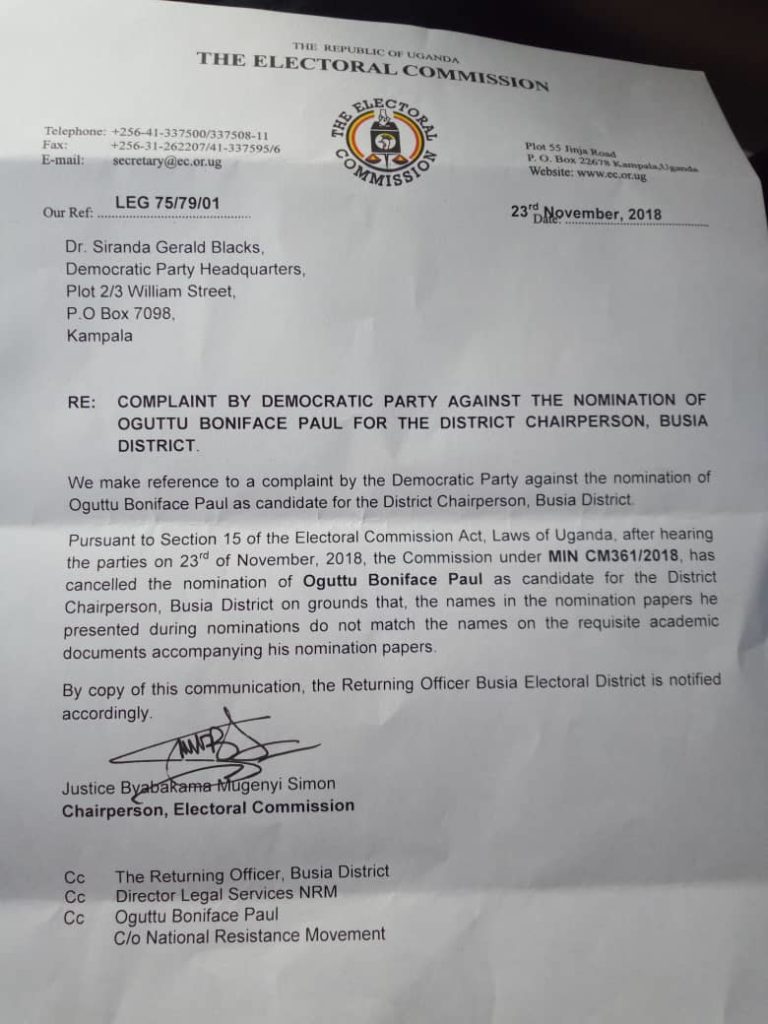 The cancellation of the two strong candidates is a result of counter accusation by each other in petitions presented to the electoral commiasion.

The seat fell vacant in May this year after the Court of Appeal nullified the election of the incumbent,