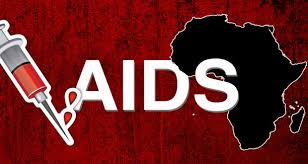 As Uganda prepares to join the rest of the countries to celebrate World AIDS Day, the Uganda Network on Law, Ethics and HIV/AIDS (UGANET) says that the continuous the application of HIV criminal law unjustly is increasingly causing criminalisation, stigmatisation and victimising people who are already with the virus.

In 2014, the Parliament of Uganda enacted HIV and Aids Prevention and Control Act which criminalises people who intentionally infect others with HIV/AIDS. However UGANET has always stood up against some provisions of the law contending that section 18 (e) that authorises a medical practitioner to reveal HIV results to any other person with whom an HIV infected person is in close contact, including sexual partner, infringes on client’s rights to privacy.

Prior to petitioning of Constitutional Court challenging sections of the Act, Dora Musinguzi Kiconco, the Executive Director of UGANET says Section 41 on attempted transmission of HIV and Section 43 on intentional transmission of HIV should be repealed in favour of Section 171 of the Penal Code Act.

UGANET says the two sections above have instilled fear in both women and men and that many of them now fear going for HIV testing due to the fact the law could catch with them, yet HIV testing is an entry point to accessing other HIV prevention services.

According to the spokesperson of Uganda AIDS Commission (UAC) Mr. Reuben Twinomujuni, Uganda is on the list of top countries with the highest HIV prevalence with 1.32 million people currently living with the virus and of these only one million is on antiretroviral (ARVs). In 2016, he said, 1.5 million people estimated to be living with HIV.

He says that with various measures such as condoms, laws against HIV, zero new HIV/ Aids infections, zero aids related deaths, and stigma and discrimination will be registered by 2030 according to government’s strategic plan on HIV/ AIDS.

Speaking to Assistant Commissioner Health Services in Uganda Prisons, Dr James Kisambu, said prisons continue to receive remanded suspects of HIV transmission. He however declined to avail statistics though he said suspects and convicts are screened and put on medication if found HIV positive.

Under directly observed therapy (DOT) that is monitored by inmate volunteers, the process is said to have increased stigma in prison community since other prisoners get to know their status in the long run. “What we do is monitoring to see if they have taken their medicine,” he said.

“We rarely witness cases of HIV transmission at police, some people come in and such cases are resolved through negotiations,” said Deputy Police Spokesperson Patrick Onyango, adding that unlike in one case where a female suspect was labelled as a murderer by the local media, cases are now handled with confidentiality to minimize effects of stigmatization of suspects with HIV.

He said upon conducting thorough investigations, some suspects are found innocent and it is hard for doctors to determine who first contracted HIV due to lack of evidence. “Such issues are so complicated, so we normally go for negotiations, counselling and linking them to medical facilities for antiretroviral treatment,” Onyango said.

According to Edwin J B Bernard, a global coordinator of HIV Justice Network, among the thousands of the known prosecutions, cases where it was proven beyond reasonable doubt that an individual planned or wanted to infect another with HIV are unusual and extremely rare.

He says that the application of Criminal Law should be rejected by legislators, prosecutors and judges, In particular, he says, it should not be applied to cases where there is no significant risk of transmission.

The Joint United Nations Programme on HIV/AIDS (UNAIDS) has however urged the Ugandan government to limit criminalization to cases of intentional transmission where a person acts with the intent to transmit HIV/AIDS.