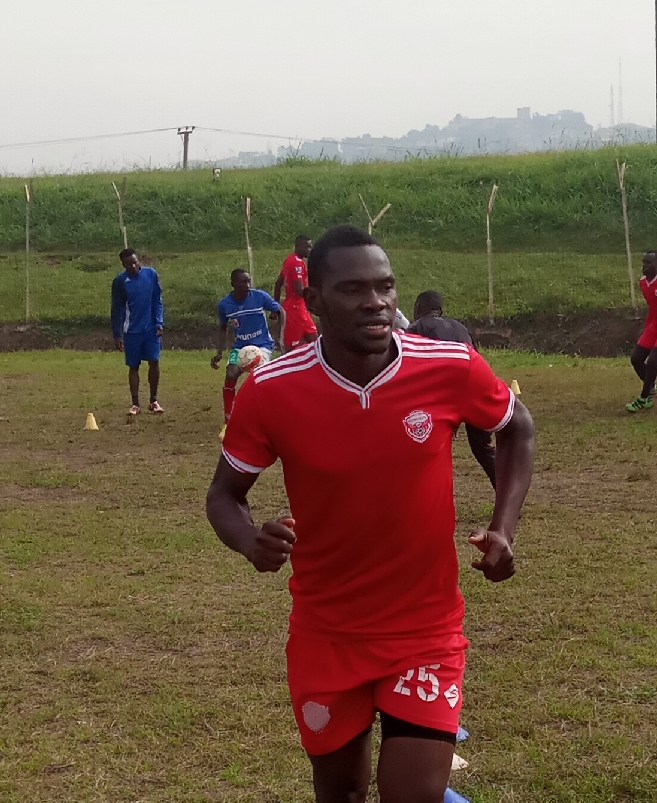 Express football club have indefinitely suspended the club captain Julius Ntambi due to indiscipline and misconduct on grounds of alleged match-fixing.

The information was released by the club chairman Kiryowa Kiwanuka in a letter dated 6th December indicating that the captain has been suspended indefinitely from the club.

“In Express FC’s drive to excellence, discipline in its facets shall be and remains fundamental building block.

Express maintains a policy of zero tolerance to indiscipline.

Mr. Julius Ntambi’s conduct has been found wanting in several aspects and it’s now the subject of investigation.

We therefore inform the Express family and entire footballing fraternity that, Mr. Ntambi has been suspended indefinitely, as investigations into the alleged indiscipline and misconduct are concluded.”

Ntambi was named the club captain at the beginning of this season. He has previously featured for URA FC, Kira Young and for Cranes in the 2014 CHAN tournament in South Africa.

The Red Eagles next game in the StarTimes Uganda Premier League is against Kirinya Jinja SSS on Saturday 8th December at the Mighty Arena, Jinja SS.