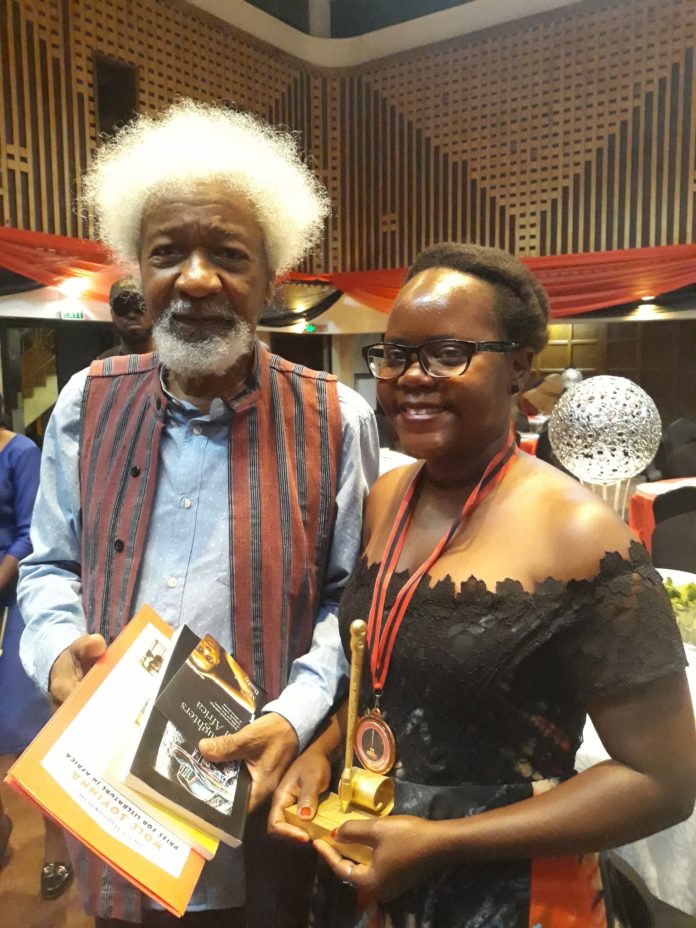 The year 2018 has been one to remember for citizens of Uganda, from the Ugandan Cranes qualifying win to the recent win by Quinn Abenakyo who made it to the top five winners and was crowned MISS AFRICA, Ugandans around the world continue to defy the odds and excel in their various fields of expertise with the latest one being our very own Harriet Anena who also bagged the Wole Soyinka Literary Prize over the weekend at the Muson centre, Lagos Nigeria.

On November, 9 2018, Anena and Prof Tanure Ojaide were both jointly honored with the Wole Soyinka Prize for literature after their works ‘A Nation in Labour’ and ‘Songs of Myself’ respectively, were both considered to be outstanding out of the initial 110 literary works of art that had been submitted from various countries allover the continent of Africa.

This not only comes as a win for the Ugandan born artist but also for young writers and artists around the nation. Despite his propensity to revert to history in his dialogues the president has come out on several occasions to dismiss the various uses of studying humanitarian and arts subjects at higher institutions of learning, instead dubbing them ‘useless’ and ‘unmarketable’ in today’s generation. The young poet’s win only proves that arts subjects are just as equally marketable and yielding as any other discipline. 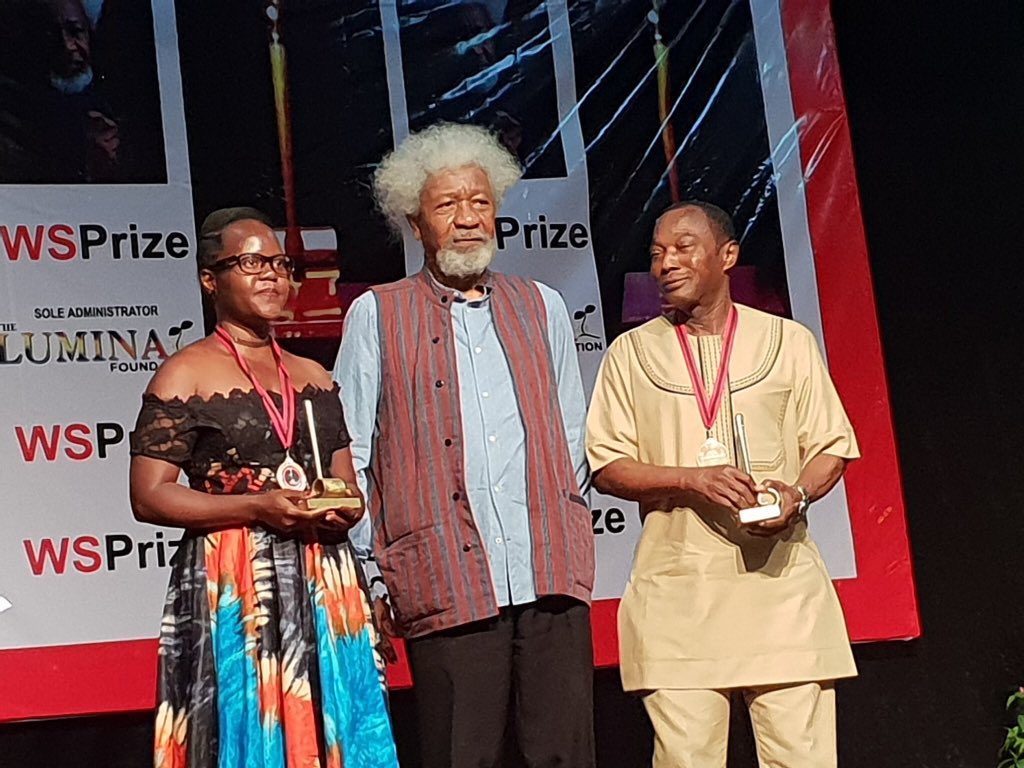 “It has tremendously brought to light to the Poetry fraternity which has grown into a movement especially in Uganda. Anena has set a bar for writers on how to write for generations.” Isaac Kwizera, writer and librarian, Uganda Museum.

The Wole Soyinka prize for Literature that is awarded after every two years was introduced by the Lamina foundation in honor of the writer and poet: Wole Soyinka, who also happens to be the first African writer to win a Nobel peace prize. His works, like many other African writers, were very fundamental in the formation of the ‘decolonized school of thought.’ Most African writers of this school believe that their works should not only inform but also equip or serve as tools against old colonial writings such as Out of Africa by Karen Blixen; that portrayed Africans as savage and therefore incapable of producing any form or type of literature.

Harriet Anena’s ‘Nation in Labour’ that was published in 2015 is a collection of poems that satirically portray the problems and issues many Ugandans face due to the political instability of the nation since its independence in 1962. The author who survived the Lord Resistance Army rebellion led by Joseph Kony, lived to tell her story and those of other Ugandans living in the post-war period.

Being the first Ugandan to win such an award, Anena got the opportunity to not only Hob-nob with some of Africa’s greatest minds such as Wole Soyinka himself as well as taking home the prize money to a tune of Shs37 million. The excited young poet couldn’t contain her excitement as she took to twitter to share the great news with her kinsmen: “Super happy to be the joint winner of the Wole Soyinka prize for literature in Africa, 2018, for my book a Nation in Labour.”

The young writer and former journalist at daily monitor will have a book signing on 15th December 2018 at the Uganda national Museum where copies of A nation in labour will also be available or order on Amazon and have them delivered by Turn the Page Africa.