Uganda Premier League reigning champions Vipers Sports Club are 180 minutes away to making it to the group stages of the 2018/19 Caf champions league group for their first time.

An 18-man squad has been named by manager Javier Martinez Espinosa to travel to Algeria and face Sportive Constantine in the first leg of the qualifier.

Captain Tadeo Lwanga and Geoffrey Wasswa miss out from the squad due to accumulation of yellow cards while first choice goalkeeper Fabien Mutombora is still ruled out due to an injury.

The return leg will take place between 21st to 23rd December at St. Mary’s Stadium, Kitende.

The victor of the fixture over the two legs will qualify for the group stages while the loser will drop to the Caf Confederations cup.

The winners at this stage will be a total of 15 clubs that will join CAF Champions League Winner (Season 2018) in the group matches of the 2018-2019 season.

The match will be played on Friday, 14th December in the city of Constantine at the Stade Mohamed Hamlaoui at 9pm Ugandan time. 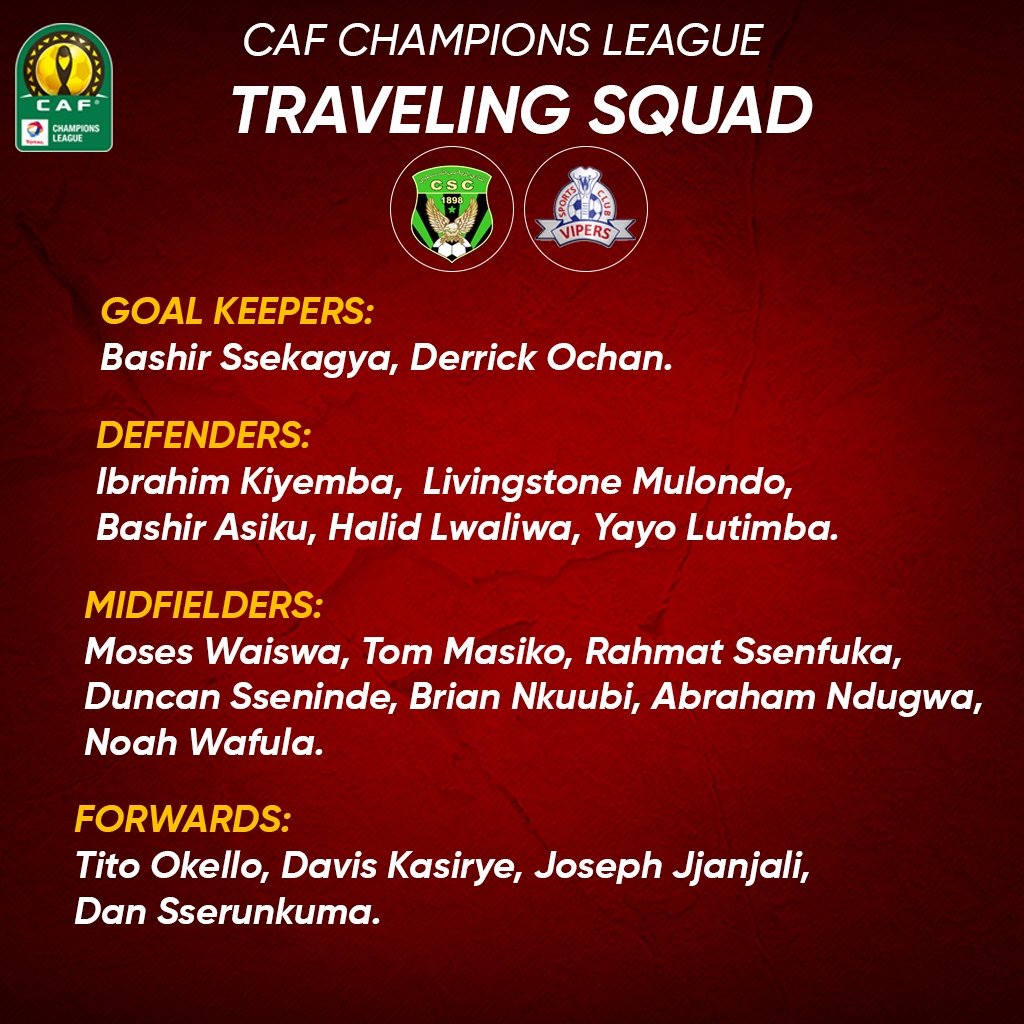