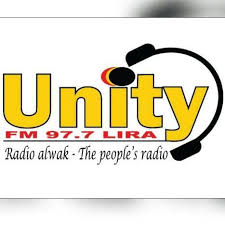 Unity FM radio based in Lira has been re-opened under stringent conditions after one month of closure. The radio was closed down on November 17, 2018 on allegations of inciting violence.

The Unity FM Manager, Sam Atul said the re-opening was associated with very tough and stringent conditions. “…the radio has been re-opened but the conditions are tough. They have suspended five of our staff from presenting any programme for three months, they have also suspended the program titled Yab Wangi. They ordered us to pay a fine of 10 million shillings and reconnection fee of two million shillings, our license has been suspended for six months as well,” said Atul.

In a letter written to the Managing Director of Unity FM dated 17th December 2018, the Uganda Communications Commission (UCC) handed out more conditions to the effect that, “Unity FM shall sign an undertaking not to air content that contravenes the minimum broadcasting standards, Unity FM shall install pre-listening devices, Unity FM’s license shall be put under probation for a period of six months and Unity FM shall suspend the program Yab wangi plus suspending three persons from presenting any programme on Unity FM for a period of three months.”

On November 17, 2018, the then District Police Commander of Lira district Joel, Tubanone ordered for the closure of Unity FM and arrested six (6) Unity FM journalists and two other clients who were found at the station for business. The arrest was allegedly on the orders of the Resident District Commissioner (RDC) Milton Odong for allegedly inciting violence.

The six Unity FM staff were however charged with inciting violence and released on 19th November 2018, have continued reporting to Lira Central Police Station on a weekly basis.

“It is good that Unity FM has finally been reopened. It is however disappointing that the DPC and RDC arbitrarily close down a media house without following the due process of the law, closure of media houses is outside of their sole mandate. Further, the conditions laid down by UCC are so harsh only intended to curtail freedom of expression. Such inhibitive actions against the media house should be challenged in the courts of law,” said the Executive Director of HRNJ-Uganda, Robert Ssempala.