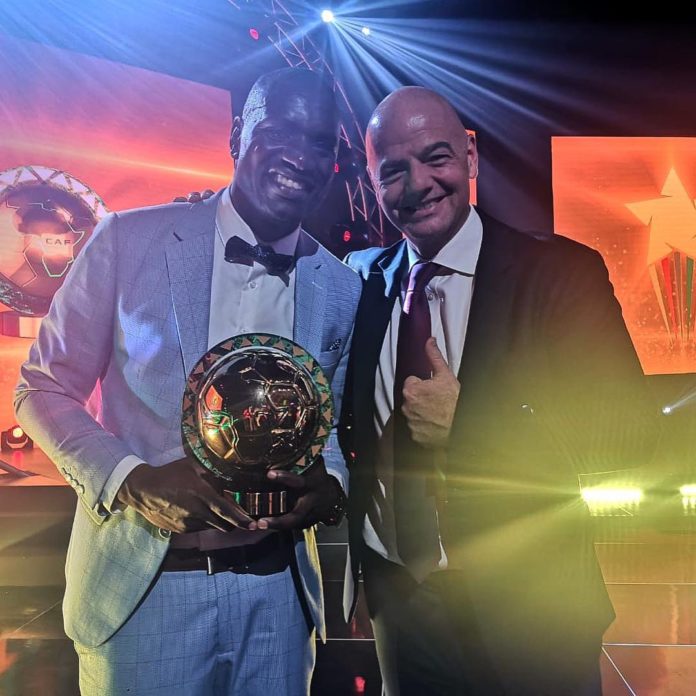 Uganda Cranes goalkeeper and Captain Dennis Onyango was named on the FIFPro Africa CAF team of the year.

Onyango was once again inspirational for Uganda Cranes in the qualification to the 2019 Total Africa Cup of Nations, making it unbeaten with a game to spare and not conceding in as many as five matches.

The other players on the team include; the CAF footballer of the year 2018 Mohammed Salah, Aurier, Benatia, Bailly, Koulibaly, Keita, Partey, Mahad Mahrez, Aubameyang and Sadio Mane.

Onyango was present in Dakar to pick his award. The delegation from Uganda that had Cranes coach Sebastien Desabre, was led by Edgar Watson. FUFA President Eng. Moses Magogo was also in Dakar as CAF Executive Committee Member where he also attended the meeting that confirmed Egypt as this year’s hosts for the AFCON tournament.

Meanwhile, Mauritania was named the CAF national team of the year, coming ahead of Uganda Cranes and Madagascar, and the other nominated teams.

Youth Player of the Year

Men’s Coach of the Year

Women’s Coach of the Year

Men’s National Team of the Year

Women’s National Team of the Year

His Excellency Macky Sall (President of the Republic of Senegal)

Federation President of the Year

Goal of the Year