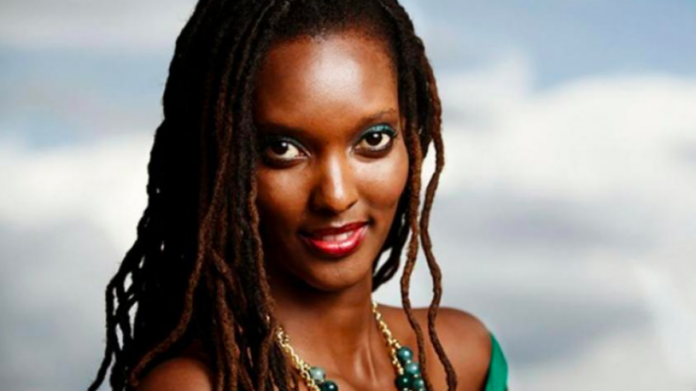 A prominent model and actress, Alexia Mupende, 35, was Tuesday evening killed at her father’s home in Nyarugunga Sector, Kicukiro District.

Her sudden death first circulated on social media at around 9 p.m., Tuesday, with a message calling on members of the public to help arrest her alleged killer, a 23-year old domestic worker who worked at their home.

Modeste Mbabazi, the spokesperson of Rwanda Investigation Bureau, confirmed the sad news but could not share further details only saying they were following up on the case.

Mupende was the General Manager of Waka Fitness, a popular fitness centre in Kigali.

Preliminary reports showed that Mupende succumbed to her injuries following stabbing by the domestic worker.

It also emerged that Mupende was set to get married next month and her wedding invitations had been released.

She will be remembered for, among other things, showcasing Rwanda’s clothing brands on the international scene.

As part of the Mashirika Performing Arts Group, Mupende entertained audiences across the country and beyond and was part of the entourage that recently travelled to India and Sri Lanka for performances themed around humanity.

On January 3, Mupende, tweeted her intentions of “growing closer to God” this year in response to renowned American gospel singer Don Moen’s question to his followers, “What you are praying for and working towards in 2019?”