The Inspector General of Government (IGG) on Friday charged two officials of Dokolo District Local Government in court over the embezzlement of about Shs15 billion contrary to Section 19 (a) and (iii) of the Ant Corruption Act, 2009.

The two officials charged are the Chief Administrative Officer, George William Omuge and the Chief Finance Officer John Odada. The two appeared at the Anti-Corruption before Her Workshop Sarah Namusobya where they pleaded not guilty.

The two officials allegedly committed the crime in December 2016 while performing their duties. They withdrew the said money from Peace, Recovery and Development Plan for Northern Uganda (PRDP) II account No. 01473552488558 held at Dfcu Bank-Dokolo Branch, without any supporting documents and accountabilities, an arbitrary act prejudicial to the interest of their employer. 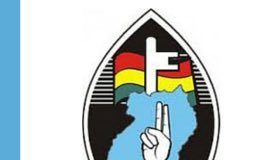 Employers, workplaces must not be centers of Covid-19 transmission