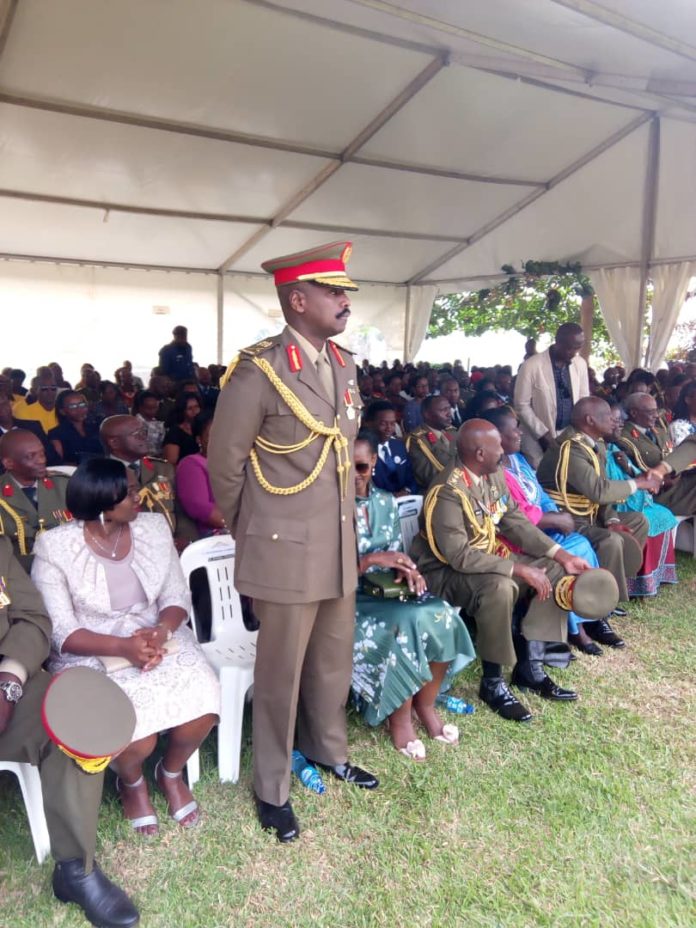 On Tuesday February 19, 2019, the Ugandan People’s Defence Force held its official piping ceremony that saw a good number of long serving officers receive their hard earned and highly anticipated pips with much gusto and cheer from their comrades, families and well-wishers who had gathered to witness the occasion.

The ceremony that was held at Mbuya army headquarters was attended by many high ranking officials including Ministers, Elly Tumwiine, Bright Rwamirama, Jeje Odongo and Katumba Wamala as the acting chief guests. 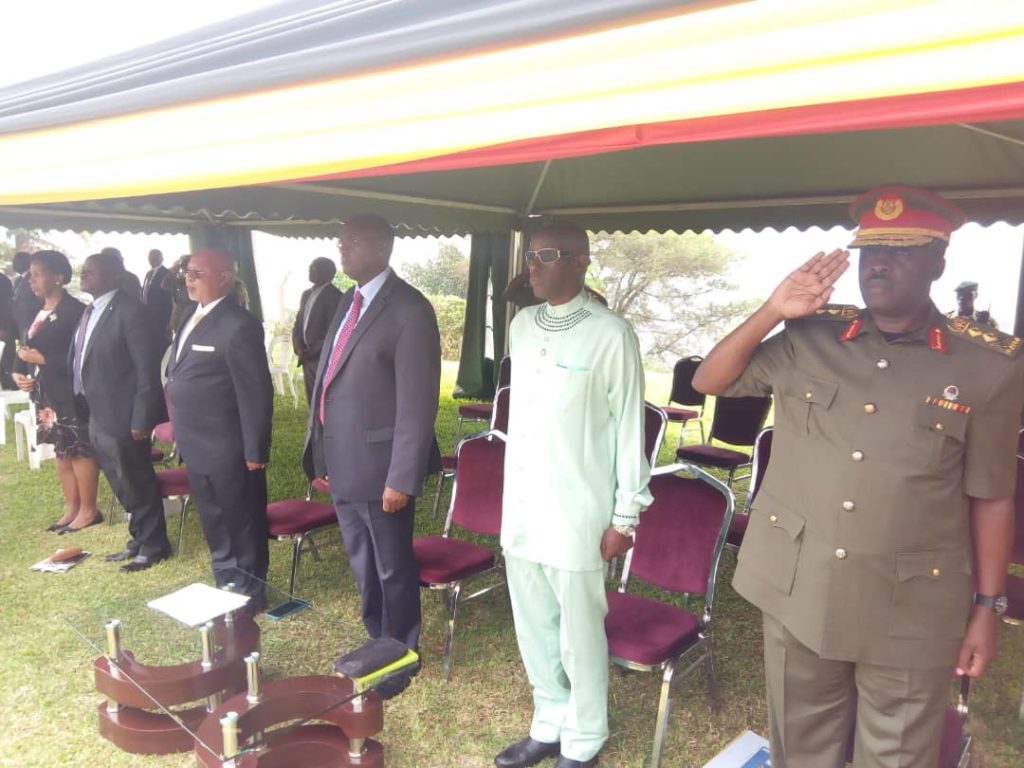 Before we go any further, it is important to note that what became a blessing for millions of Ugandans was also a curse to thousands of Ugandans who lost loved ones and suffered in the fight for freedom. In 1986, when the NRA finally came into power, praise and adorations were the order of the day as citizens all over the country cried for joy at the new hope Museveni and his boys brought with them, the young and charismatic former rebel who neasily won over the hearts of millions of Ugandans as he set out to right all that was wrong with Uganda’s politics, beginning with the construction of the Uganda Railway line. 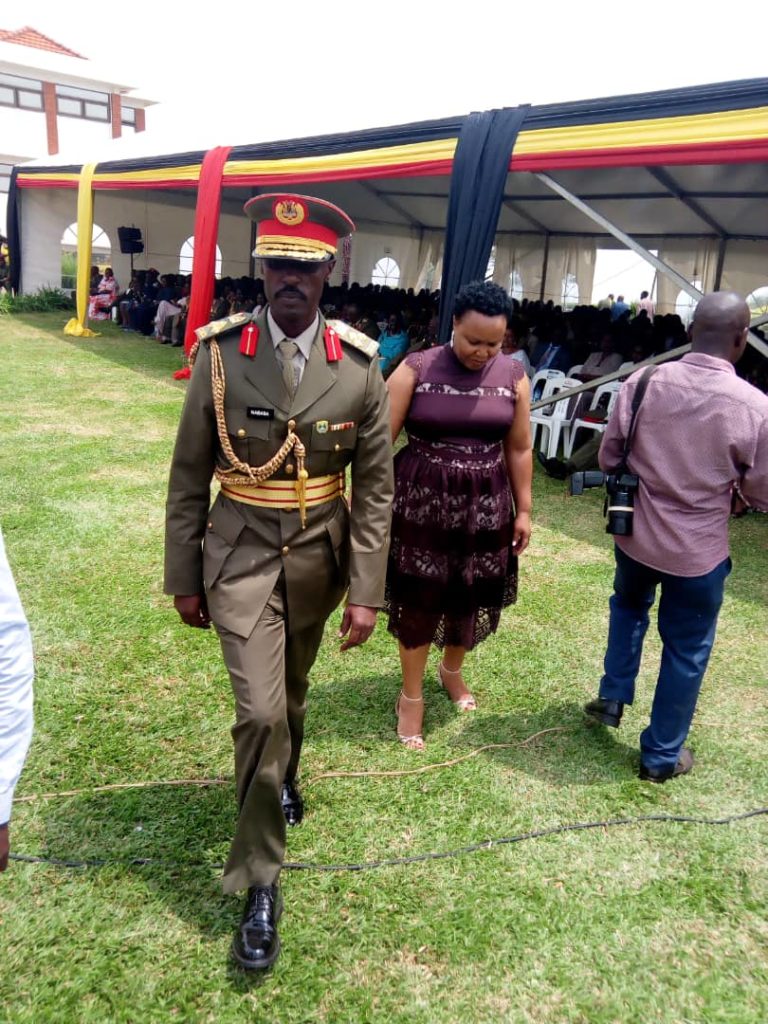 However, little is spoken of the price many, including the Commander in Chief himself had to pay or endure to attain this freedom that they so vigorously fought for.
A good number of officers were lined up to be decorated that day; among them was a rather cheery and robust officer by the names of Leopold Kyanda. In 1982 like their predecessors, Kyanda and his school mates escaped from Ntare to join the army and never looked back, a feat that became a trend amongst the youths of that time whose conviction and obligation to their country’s call far outweighed any fear or remorse they might have harbored during the ongoing war against Obote’s regime.
Miles away from the school other boys and young men across the nation continued to tear themselves from their families, friends and all that they knew and held dear in order to sojourn into the great unknown- a dangerous and perilous undertaking that would continue to strip them of their innocence, sanity and even their comrades-turned brothers. This war would later go on to be referred to as the great “BUSH WAR” as commonly termed by those in power. 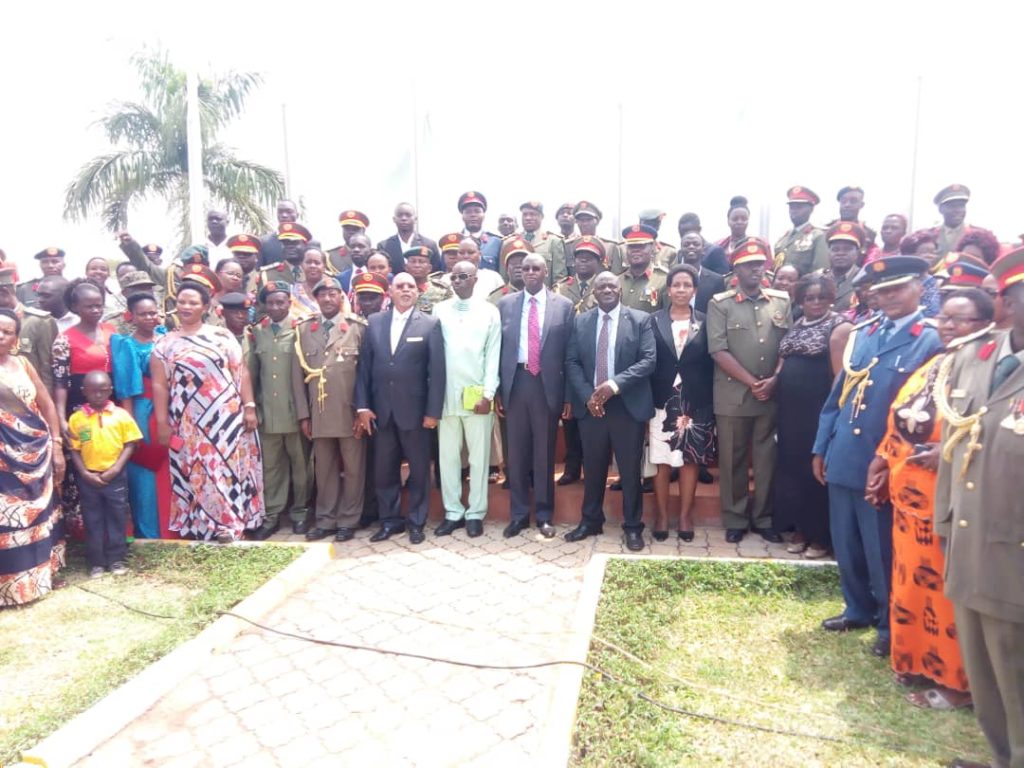 Thirty two years later and these same ‘freedom fighters’, well, those that lived to see this day sat in the tents awaiting their turn to be decorated as survivors of the struggle. When the Minister of Security, Gen. Elly Tumwiine spoke, a war veteran himself, he profoundly thanked the newly decorated soldiers for staying alive and seeing the benefits of their struggle. A statement that wouldn’t hold much weight for the ordinary civilian but to the military minds it spoke volumes of unseen pain, nostalgia and perhaps regret. The Minister’s speech undoubtedly reverberated in the hearts of many of his comrades and family members in attendance as many still continue to seek some kind of recompense for the lives they lost during the struggle for freedom. 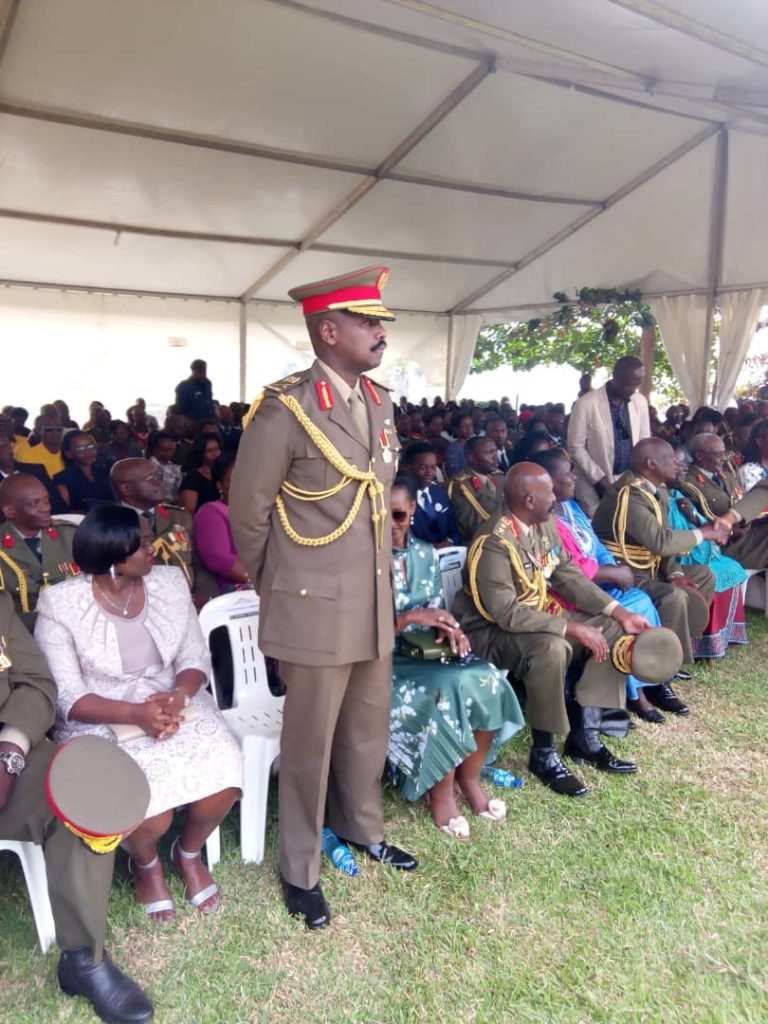 Theirs was a journey few could endure; with nearly half of their comrades either dead or in retirement for some decorated officers such as Gen. Ivan Koreta. Gen. Joram MUgume, Gen. Pecos Kuteesa, Gen. Elly Kayanja and the jovial Gen. Otema, their promotions couldn’t have been timelier or even long overdue given the standing ovations that ushered them to the front on reception of their pips. The Minister announced the introduction of an investment club for veterans also further encouraged the newly promoted soldiers on the need ‘to be good ambassadors of a disciplined force in order to enjoy a good future.’
The prestigious ceremony was highlighted by the decoration of Lt. Gen. Muhoozi Kainerugaba, despite much talk and controversy surrounding the president’s son’s quick accent to the helm of the military institution, one cannot hide the obvious fact that he holds within him the same passion and enthusiasm his father holds when it concerns the country’s security and general welfare of Ugandans. Other public figures to join the security advisor in being decorated also included generals: Don Nabaasa, head of Special Forces Command and Assistant Inspector General of Police Muzeeyi Sabitti. 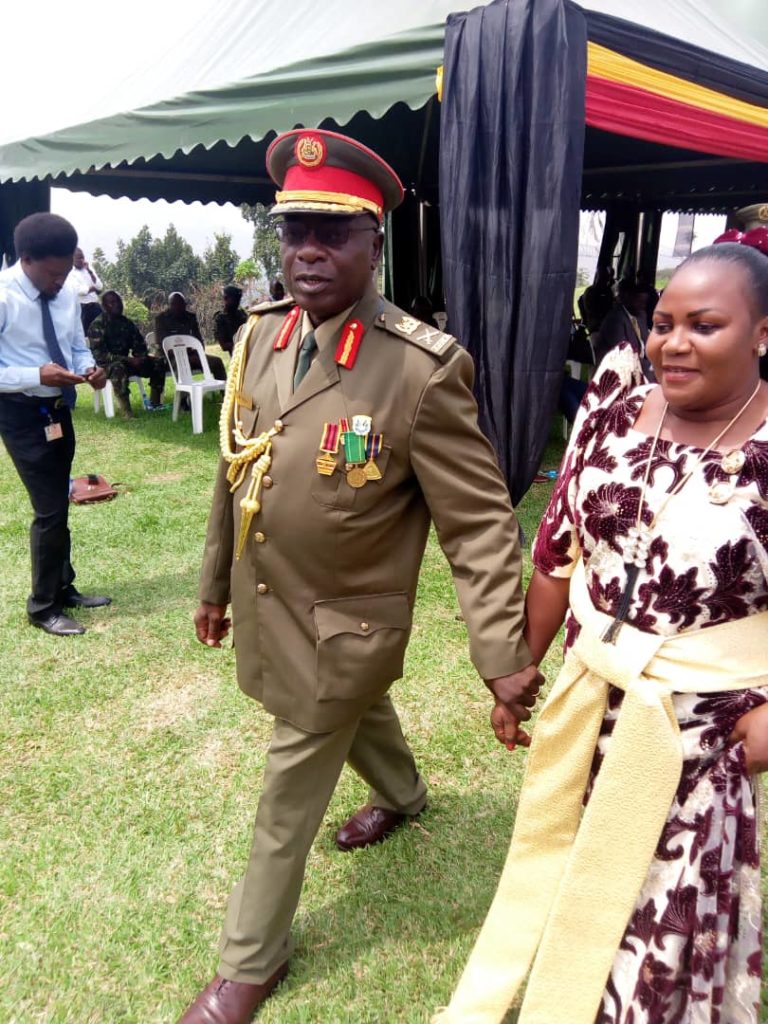 “You all know that wherever the UPDF has gone whether internationally or regionally it is recognized for its discipline, discipline has been one of our core values…” said Rwamirama, the state Minister for Veteran Affairs, who also noted that many of the newly appointed soldiers were of the retirement age and therefore, in need not only of a retirement package but also a retirement plan. Rwamirama blamed the veterans for living lavishly after retirement implored the officials to make better use of the retirement packages by investing in their future outside of the military. 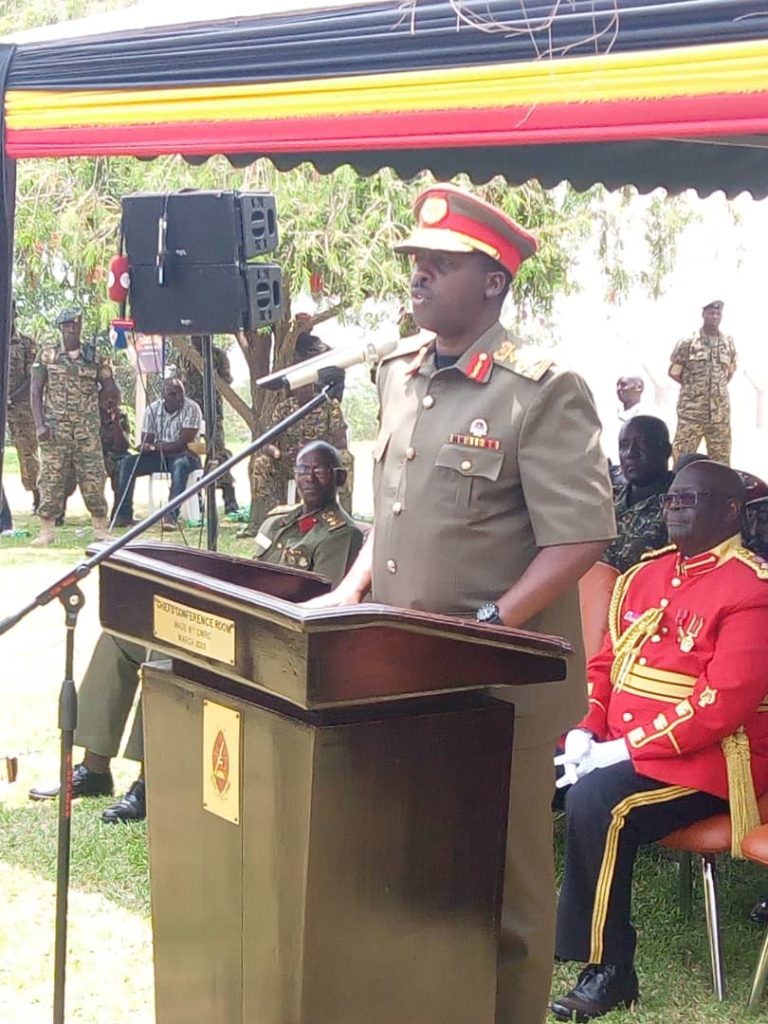 The Minister also celebrated the professionalization of the UPDF, acknowledging the president whose contribution has allowed the army to be one of the most disciplined and meticulous institutions in Uganda. 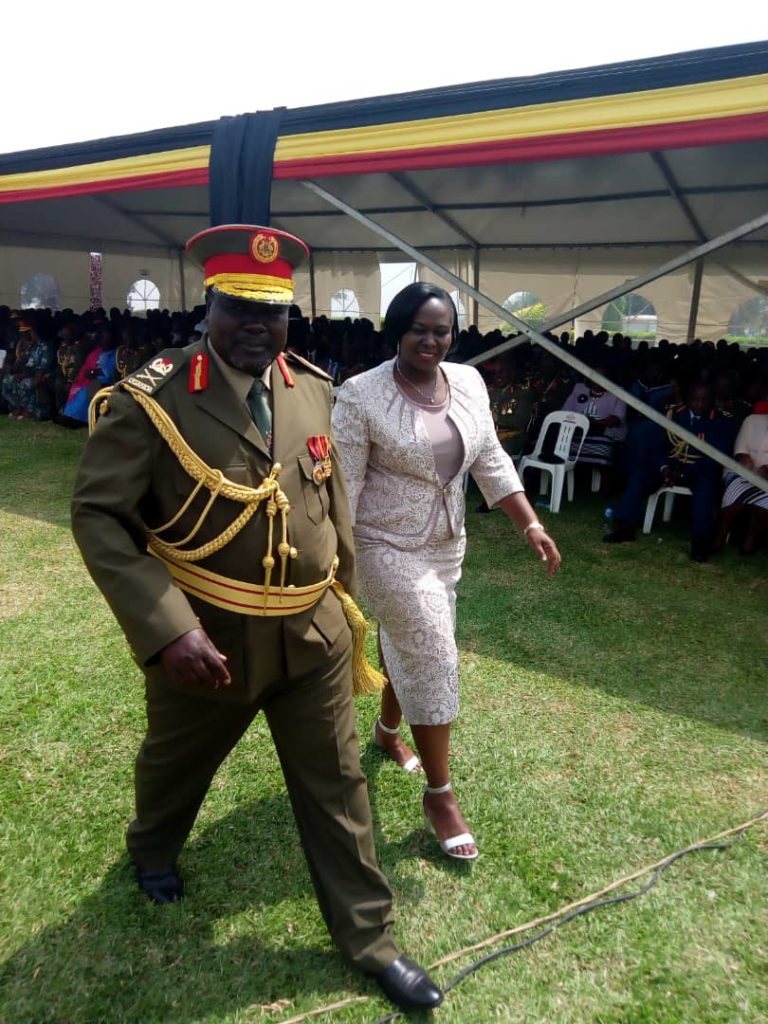