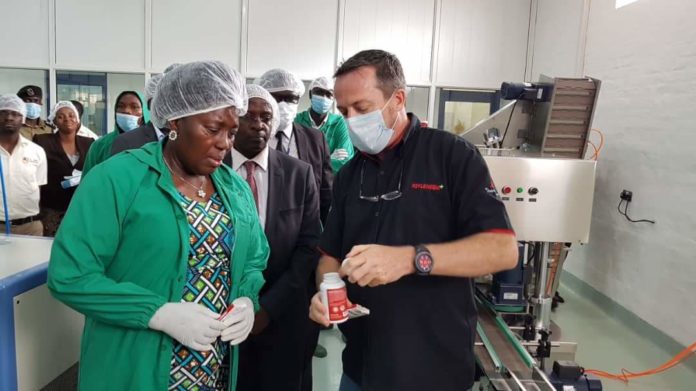 The Speaker of Parliament, Rebecca Kadaga has told Ugandans to desist from buying medicines from the streets but buy only from hospitals, pharmacies and clinics.

She made the remarks while officiating at the celebrations of Joint Medical Stores’ 40 years of existence at a function held in Jinja.

“On behalf of government, I would like to congratulate Joint Medical Stores (JMS) for offering quality services, more especially to the less privileged communities,” she said

“I was glad to learn that JMS and its partners have started manufacturing drugs for treatment of common illnesses in Uganda. They have manufactured a new supplement called Replenish, which I am told has helped in the treatment of the Nodding Disease Syndrome,” she added.

Earlier on, JMS officials complained about the increasing sale of fake drugs on Uganda’s market and the low funding to Mission health facilities.

In her response, the speaker undertook to push for increased funding towards mission facilities, working closely with Parliament’s Committee on Budget.

“On fake drugs, we need a massive campaign to uproot this unbecoming practice. The campaign should be able to also address issues of self-medication as well,” she said.
Thanks for sharing!Very interesting!Noted with thanks.