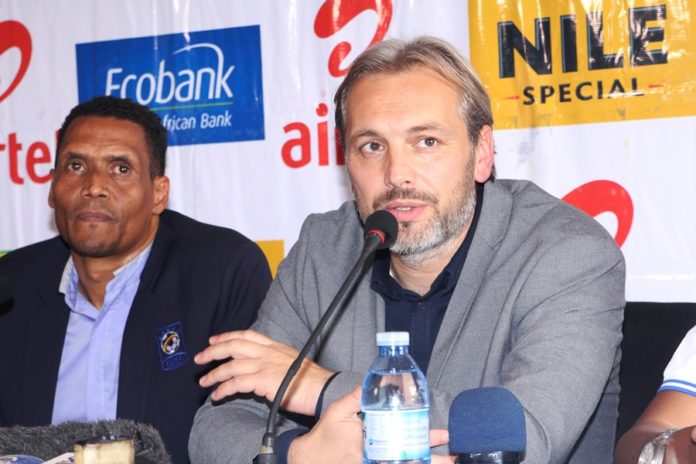 Preparations for the final qualifier game of the 2019 AFCON against Tanzania later this month get underway with Uganda Cranes head coach Sebastien Desabre naming 15 foreign based players on his squad.

The French coach also released a list of 31 stars playing in the StarTimes Uganda Premier League from which nine players will be selected after a Regional tour match in Kampala for the camp in Cairo together with foreign based professionals.

The nine will be added to the 15 foreign based players to make it a 24-man squad for the Tanzania game.

Two experienced players in Hassan Wasswa Mawanda and Godfrey Walusimbi unattached to any club have also been included for training with the local based players.

“We are setting the ball rolling as we want to finish on a high in the group with good results against Tanzania I have summoned a new player on the team playing in Germany while some have been recalled to the squad. We are hopeful they will do a good job” Desabre told fufa media.

“I have been impressed with the quality of players in the domestic league. During the local camp I will choose nine players to complete the group for match against Taifa Stars” added Desabre.

“The local camp will also be an opportunity for me to have early preparations of players for 2020 CHAN Qualifiers against South Sudan in July and August,” noted the Frenchman who guided Uganda Cranes back to the 2019 AFCON.

The 15 foreign based players and 9 other stars from the local camp will join camp in Cairo, Egypt from 18th-22nd March 2019.

The match will be on Sunday, 24th March 2019 at the Benjamin Mkapa National stadium.

Eric Otogo Castane from Gabon will be the centre referee of the game and be assisted by fellow countrymen Moussounda Montel and Marlaise Ditsoga as his first and second assistants respectively.

Uganda is among the fourteen nations to have already secured a place at the 2019 Afcon while Tanzania will need to win and hope Lesotho falter against Cape Verde in the other Group L stage match.

16th March – Regional Tour match: Uganda Cranes vs Kampala Regional Select team, 9 players will be selected from this local camp to join the 15 foreign based players in Cairo.