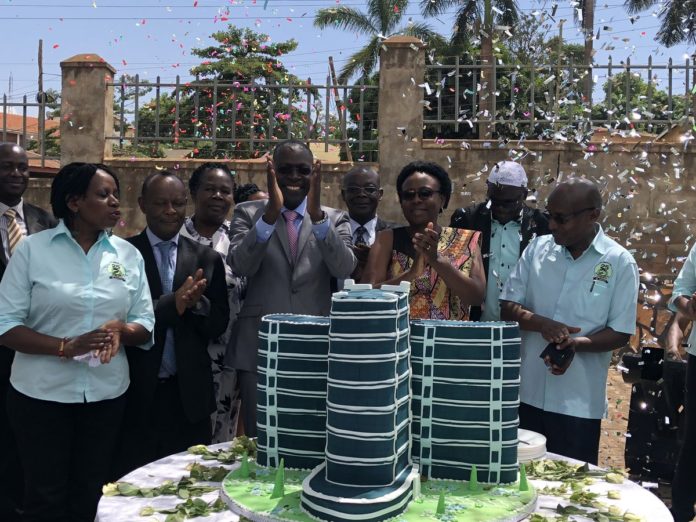 The construction of Shs32 billion National Drug Authority (NDA) Laboratory Tower has begun, with the ground breaking ceremony on Lumumba Avenue being officiated on Thursday by the Minister of Health, Jane Ruth Acheng.

Speaking at the function, Minister Acheng said the plan to construct the facility demonstrates government’s dedication to save human lives, especially those of Ugandans.

“Congratulations NDA on this milestone of embarking on the construction of the Quality Control Laboratory tower. We are excited that National Drug Authority (NDA) can finally have a quality control laboratory to check the efficacy of the drugs we use in the country,” she said.

The minister said the facility would be the best in East, Central and Southern Africa, with the construction funds generated internally by NDA.

The Chairperson of NDA, Dr. Medard Bitekyerezo, lauded President Museveni and minister Achieng for the continuous support. “I would like to name one tower ‘Museveni Tower’ and another tower ‘Jane tower’ to show appreciation for their support,” he said.

Dr. Bitekyerezo said, the construction of the building would be completed in 24 months.

Ag. Secretary, David Nahamya said that all foods for export will be tested at the facility when completed, adding that locally manufactured and imported cosmetics will also be tested in the facility.