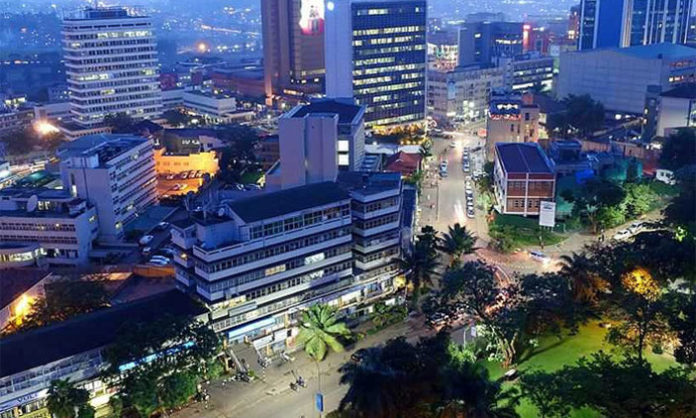 This was reported in the recent study titled The States of African Cities 2003-2018 jointly published by the UN-Habitat, African Development Bank, Wits School of Economic and Business sciences and UK Aid.

The report, which covers the period of 15 years has also revealed that Dar es Salaam was ranked 224th among 1,325th cities in the world, to record huge investments.

Nairobi was leading after being ranked eighth in Africa by recording FDI valued US$5.9 billion, a growth of 25.1 per cent compared with the previous report of 2008.

During the reviewed period, Dar es Salaam city received FDIs amounting $3.4 billion, a decrease of 4.75 per cent recorded during the previous ranking held in 2008.

Manufacturing and services sectors attracted more investments to African cities, not only Dar es Salaam, but also other cities featured, the report has said.

The resources sector is the second-largest recipient of FDI, accounting for 34 per cent of total FDI. “The resources sector in Africa is extractive in nature and mainly associated with the export of raw material rather than local value addition,” says the 322-pages report.

Other leading sectors to receive FDI were construction, geological exploration and development, Import and export trade as well as wholesale and retail trade.

The report has said that domestic market size, well-developed norms of trustworthiness, low level of corruption, rule of law have strong positive impacts on attracting FDI into Africa.

“FDI will locate in countries with large and expanding markets with greater purchasing power and where firms are likely to obtain a higher return on capital and investment profit,” says a report.

Further, the report shows that availability of domestic credit, financial market development and Presidential systems of government were highly significant and positive to attracting FDI.

The report has ranked Mombasa as the fifth city to attract more FDIs in East Africa with a portfolio of $1.3 billion, a growth of 4.9 per cent. It was also ranked 34th in Africa and 435 out of 1,325 cities in the world.

Generally, the report has shown that Cairo holds the first place in Africa in terms of volume of FDI attracted, followed in 2nd place by Johannesburg, then Tangiers (3rd), Lagos (4th), Casablanca (5th), Algiers (6th), Cape Town (7th), Nairobi (8th), Abidjan (9th) and Dakar (10th). The case study of Cairo reveals that, apart from the proximity to Europe and Arab States, Cairo is a vibrant city with well-developed infrastructure and road networks, an availability of skilled workers, a conducive foreign investment environment and ease of doing business which makes it a desirable location for investment.

“It is noteworthy that 40 per cent of the top 10 are in Northern Africa, but also that many of these are currently experiencing negative FDI growth, arguably reflecting political and social tensions in the wake of the ‘Arab Spring’,” reads the report.

“It is further noteworthy that many newly emerging urban economies like Abidjan,

UN-Habitat Executive Director Ms Maimunah Mohd Sharif commented in the report that with a population of over 1.2 billion and a combined GDP of US$3.4 trillion, Africa is an attractive destination for foreign direct investment (FDI), which amounted to US$56.5 billion in 2016.

The report shows that although Africa receives a modest share of global FDI, it has the second highest investment growth rate, when compared to other world regions.

Moreover, she said Africa’s rapidly growing population is increasingly living in cities with the continent’s urban population expected to reach 50 per cent by 2030, up from 36 per cent in 2016. “Benefiting from economies of scale and agglomeration, African cities are becoming the drivers of economic growth and productivity,” she said. “The report also shows that African governments need to connect FDI attraction to sustainable urbanisation by underpinning it with robust national urban policies, urban planning, and financial and legal systems.”

The report critically considers the benefits of FDI into job-rich and higher productivity sectors (e.g. IT and manufacturing) compared to capital intensive sectors with limited value addition (e.g. resources).

It was argued that African countries should find the best trajectories for their development, taking into account their country and city-specific locational advantages in attracting public and private investment.

The study noted that FDI into Africa has neither lifted African populations out of poverty nor has it addressed the growing gap between the more innovative and technologically lagging countries.

The city with the highest amount of FDI inflows is Johannesburg with US$944 million, followed by Lagos, Cape Town and Nairobi, which attracted FDI inflows of US$658 million, US$460 million and US$427 million respectively.

so as to explore underinvested states, as well as to avoid competition with investors from advanced economies.

The research shows that Chinese firms have made contributions to African development, particularly in the energy and infrastructure sectors, with the incentive of creating more attractive investment environments and to stake a claim in the economic development of the continent.

NWSC embarks works to boost water supply in Kampala and other...

Pentagon blocks plan to tighten controls on US sales to Huawei...