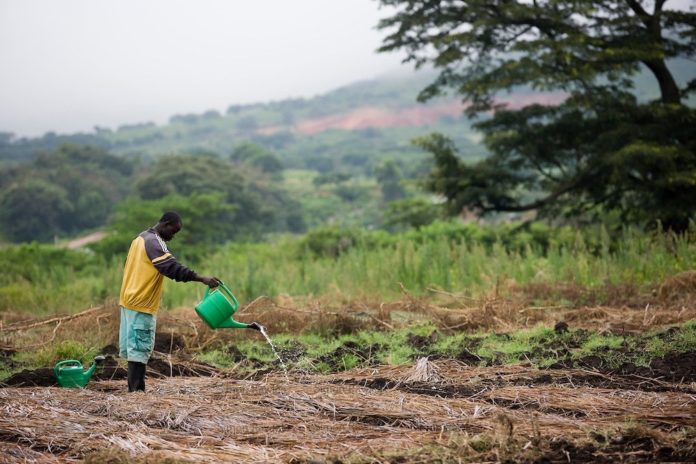 The EAC Deputy Secretary General in-charge of Productive and Social Sectors, Christophe Bazivamo has called upon pest control product companies to take advantage of EAC harmonized system for testing and registration of pesticides.

The 38th Extra-Ordinary Council of Ministers in approved the EAC pesticides management guidelines on efficacy trials, residue trials and registration requirements.  The Council further directed Partner States to domesticate them by 30th May 2020.

The EAC harmonized system comes with a number of benefits that will translate to reduced time and costs associated with testing and registration of pest control products across EAC Partner States.  It is expected that farmers in the region will have increased access to quality, safe and affordable pesticides.

Bazivamo said the companies that involvement of the Private Sector is pivotal for successful implementation of the guidelines. He further said that EAC appreciates and recognizes the contribution that the private sector makes in the EAC integration agenda.

He made the remarks during the Technical Working Group meeting on pilot testing of EAC harmonized pesticides registration guidelines held in Arusha, two days ago.
The meeting was convened by the EAC Secretariat with support from USAID Kenya & East Africa, the United States Department of Agriculture and Africa Lead II. The main objective of the meeting was to finalize roadmap and discuss modalities of pilot testing of EAC harmonized guidelines for testing and registration of pesticides.

Bazivamo said  that area of agrochemicals and pest control products is a key priority in the EAC agricultural sector. Article 108 of the EAC Treaty focuses on the need for EAC Partner States to adopt common mechanism to ensure safety, efficacy and potency of agricultural inputs including chemicals, drugs and vaccines.

He  urged Partner States to pilot implementation of the pesticide efficacy guidelines for the first three years in order to pave way for operationalization of full mutual recognition. The Sectoral Council also urged Partner States to prioritize joint testing of pesticides and to share information on products that can control the Fall Army Worm which has posed a major threat to food security in the region.

During the meeting, representatives of Bayer, Syngenta, AgBiTech, REAL IPM, Corteva, Provivi and Arysta Life Science made presentations about products developed by their respective companies to control the Fall Army Worm. The presentations also outlined the efficacy and safety of the products and EAC Partner States where the companies intend to conduct pilot trials of their products.