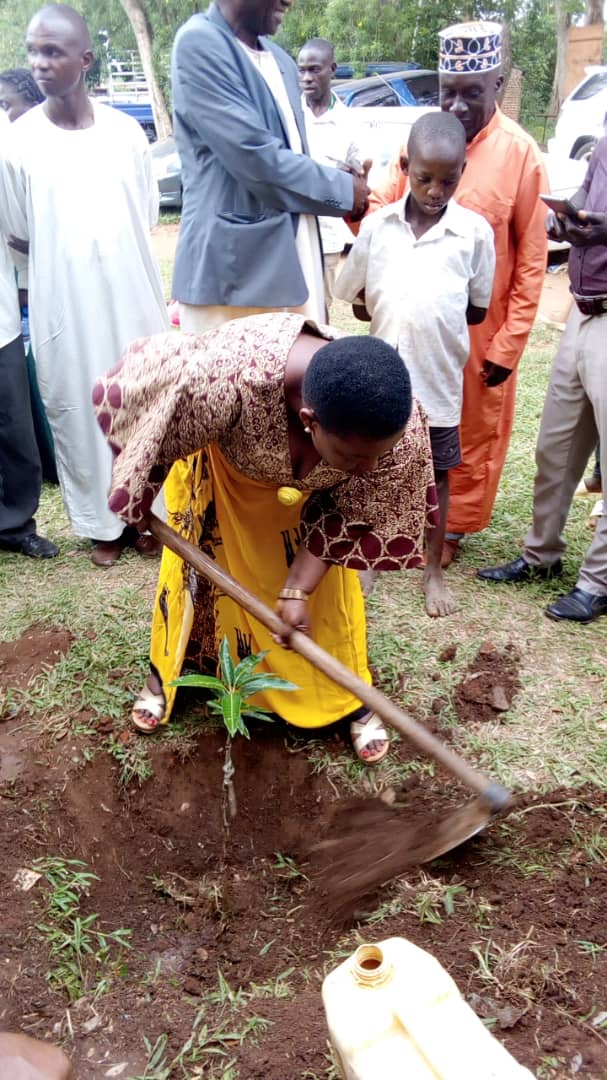 The people of Busoga have been called upon to embrace tree planting as the way to conserve environment.

This call was this Thursday made by the ruling party Secretary General, Rt Hon Justine Kasule Lumumba during the burial of mzee Hajji Shaban Nyende father to former State Minister for Gender Rukia Isanga Nakadama who currently is the Honorary Consul of Pakistan in Uganda and a member of the National Forestry Authority.

Lumumba told the mourners at Budhakaba village in the Bugweri district that they should plant fruit tree which will not only protect the environment but will produce fruits.

“Without trees it is just anger. Let us copy the Bafumbira and Batoro. They are not as quarrelsome as us here in Busoga because of the cool environment in which they are born and grow,” she said.

The Secretary General led by example by planting a mango tree in the courtyard of the deceased Mzee Hajji Shaban Nyende as symbol and strong gesture for everyone to emulate.

Lumumba noted that the environment is currently under threat from various activities that are being undertaken by mankind yet people rely on the environment for livelihood.

She said that because of harsh environment as a result of cutting down trees, the people of Busoga have become hostile one another.

Millions of trees are cut down every year in Uganda for wood, timber and making papers but unfortunately the cut trees are not replaced.

Research indicates that the World is being faced with challenges of global warming, drought, landslide among others all caused by environmental degradation.

Lumumba also delivered a condolence fee of shillings 10m from the National Chairman of NRM and president of the Republic of Ugandan, H.E Yoweri Museveni.