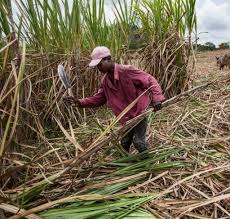 President Yoweri Museveni has rejected the Sugar Bill 2016 and asked Parliament to reconsider and provide zoning of sugar cane growing and production.

Museveni said that because of the absence of zoning, which gives way to the entry of other small scale players into the industry, the major sugar manufacturers have been undermined leading to a drop in their output.

Parliament passed the Sugar Bill, 2016 in November last year. The Bill sought to provide for the development, regulation and promotion of the sugar industry to ensure that there is sustainable, diversified, harmonized, modern and competitive sugar sector.

In the Bill, government had proposed zoning of 25 kilometers between mills with no more than one mill in that zone with out-growers in that area only supplying sugarcane to it.

However, the legislators overwhelmingly voted against zoning saying it allows one manufacturer to monopolize sugar cane production in an area, which would lead to unfair prices to farmers and curtail out-growers.

President Museveni said that the bill as passed by Parliament would legalise anarchy in the sugar industry.

“Only medium and large scale sugarcane farmers operating on more than six acres should be allowed to partner with the factories,” he said, adding that setting prices for farmers should be based on the international market price of sugar.

The President noted that caution should be taken when dealing with small scale sugar operators who buy sugarcane at a higher price.

“These may be depending on money laundering and smuggling and only using sugar as a cover up,” he added.

Furthermore, the President said that these actors would destroy the sugar industry, which is important for beverages and pharmaceutical industries.

The Deputy Speaker, Jacob Oulanyah, referred the bill to the Committee of Trade for reconsideration.