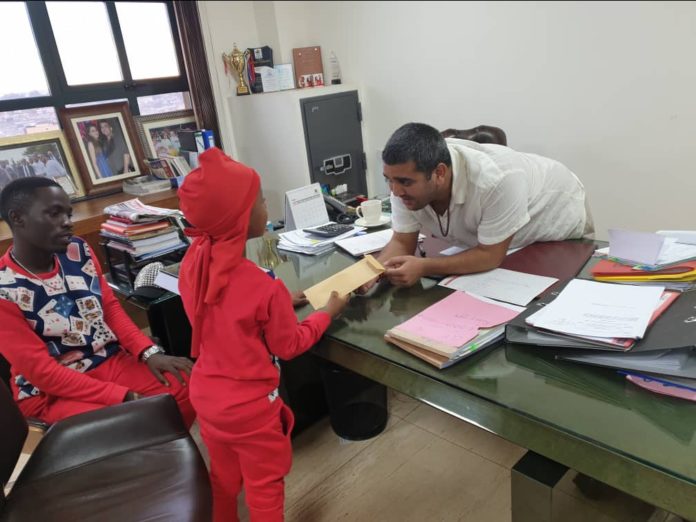 City tycoon Sudhir Ruparelia’s family has given seven year old musician Patrick Senyonjo aka Fresh Kid scholarship at Kampala Parents School.
According to Rajiv Ruparelia, the Managing Director Crane Management Services, the award of the scholarship to the young musician is in line with Ruparelia Foundation and boost the young man’s education path.

“I was moved by his ambition being only seven years old. I would love to see him become a guide and inspiration to many young people out there hence, Ruparelia Foundation is presenting this young man with a full scholarship from the Ruparelia Foundation to go to Kampala Parents School,” Rajiv said. 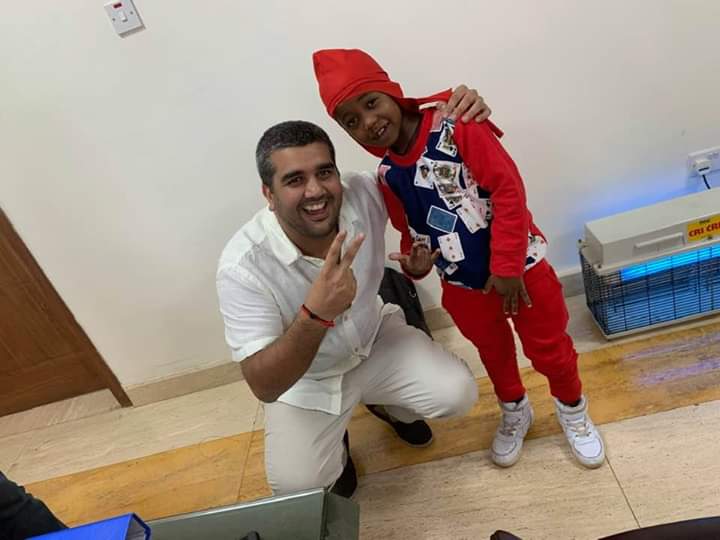 The boy decided to reply the minister in a way he knew best – a song titled Bambi in which he pleaded with her to let him continue singing because he was the bread winner of his family.

The song led to a meeting with the minister where she allowed him to juggle his career with education.

The minister also promised to pay his school fees up to P.7 and upgrade him from his rural St. Agnes Primary School Kawanda, but then the bombshell came. Her choice of school was St. Savio Kisubi, a boarding school, which Fresh Kid rejected.

Now with Kampala Parents, a day school, Fresh Kid has a chance to pursue his music career and study in one of the best schools in the country, something that his underprivileged background wouldn’t have allowed him, if his talent hadn’t opened the doors.