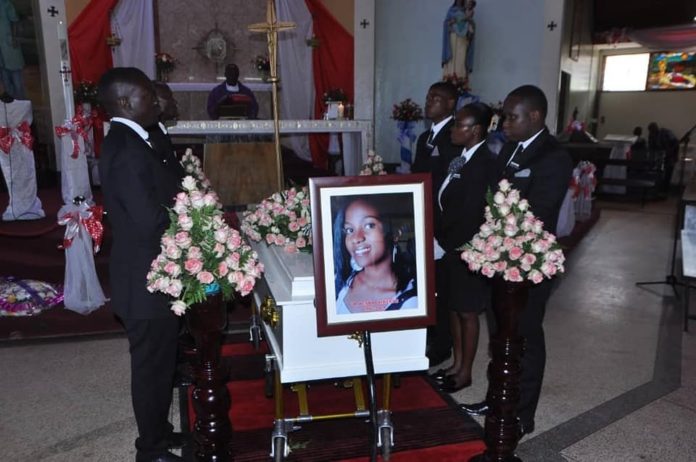 The Family and friends of the murdered IHK doctor, Catherine Agaba have held requiem mass at Our Lady of Africa Church Mbuya to pray for her soul.

Dr. Agaba is reported to have been murdered by a security guard and later dumped her body in a septic tank in Muyenga.

According to police, the victim returned home at around 8:30 pm, to a quiet and remote setting, at the apartments of Hajji Ibrahim Kiwanuka on Kalungu Road in Muyenga but she was later attacked inside the gate, by the local security guard, Ronald Obangakene.

Obangakene accused her of threatening his job, when she reported him for not being alert on duty to his employers. He strangled her to death and dumped her body in the septic tank.

The disappearance of the victim was later reported at Kabalagala police station on the April 15, 2019, by her boyfriend, Mohammed Hassan and investigation immediately kicked off. 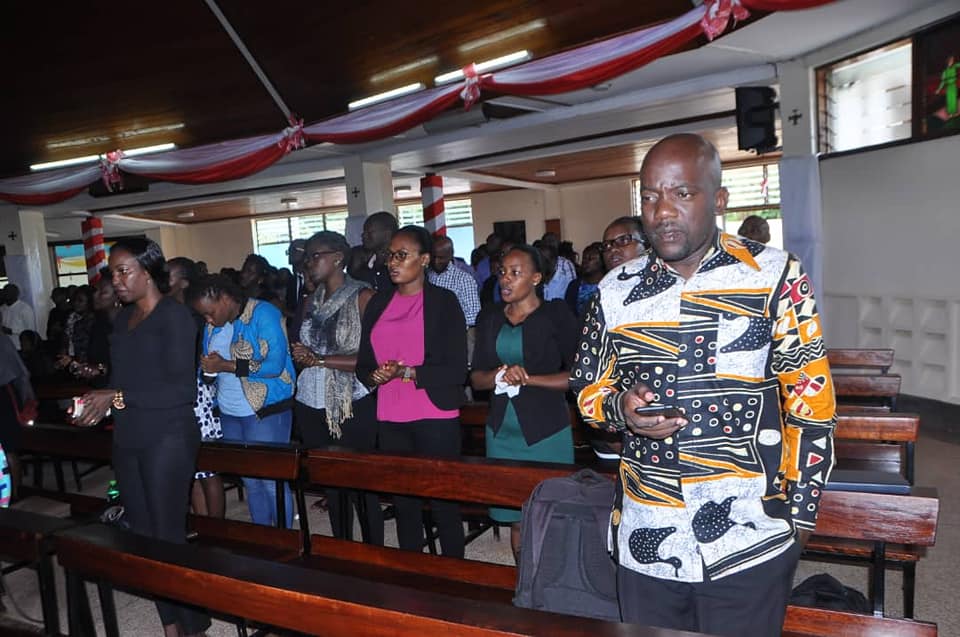 the suspect, Obangakene confessed killing her on the of April 12,and thereafter he disappeared to his home village, Adyeda, Loro sub county, Oyam District where he was arrested. Upon interrogation, he confessed to the murder and provided details, which led to the recovery of the victim’s body.

According to Dr Ian Clarke, CEO International Hospital Kampala (IHK), Catherine was a very good young doctor who knew what she was doing.

He said she Impressed her fellow doctors and patients as an awesome doctor. Patients cannot forget her healing hands. “She was always jovial, yet super professional. She brought that human touch to the hospital”. Dr Clarke said.