The seven-year old rapper earned his nomination in the category of the best video for the month of April 2019.

His song entitled ‘Bambi’ that displayed the ghetto livelihood in its video helped him get the nod. 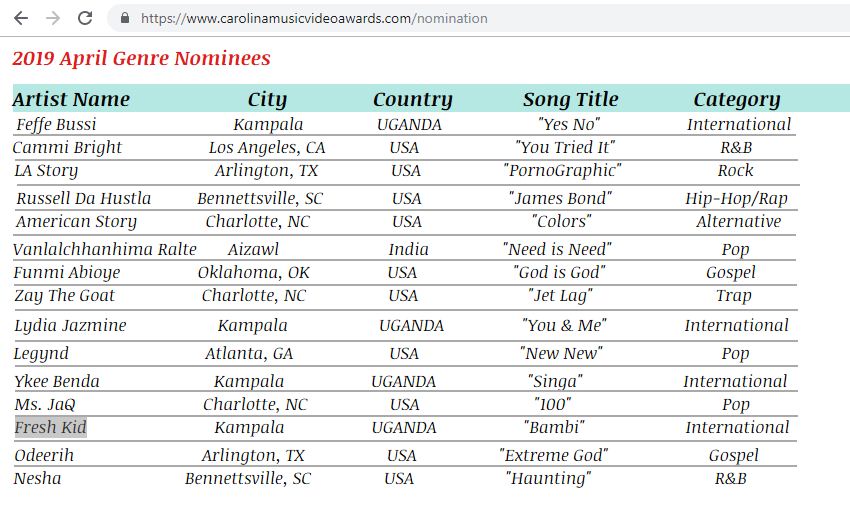 Other Ugandans that got a nomination include Feffe Bussi for his song ‘Yes, No’, Lydia Jazmine for ‘You & Me’, and Ykee Benda for ‘Singa’.

The goal of the “Carolina Music Video Awards” is aimed at offering worldwide recognition to artists who deserve to be honored for not only their creative works but also as hardworking individuals who excel in debuting their talents through visual performance and media.

The awards are slated to happen on July 20th 2019 at the NASCAR Hall of Fame High Octane Theater in Charlotte, North Carolina.