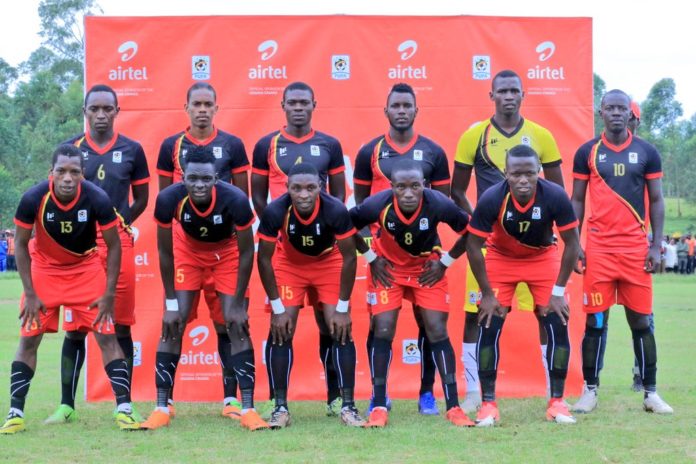 The final squad that will travel to Durban, South Africa for the upcoming COSAFA Tournament has been released.

The squad is made up of only home based players and 20 of them have been named in the list involving two goalkeepers, seven defenders, seven midfielders and four strikers.
Goalkeeper Charles Lukwago is part of the squad to South Africa but will join up with the AFCON squad that will be camping in Abu Dhabi immediately after the tournament.
Tactician Abdallah Mubiru will be in charge of the team as Head coach assisted by Livingstone Mbabazi. Geoffrey Massa is the team manager while Sadiq Wasswa is the goalkeeping coach.

The team played two build-up games, first was a one-all draw against the AFCON bound Cranes and then defeated the Western Region select side 1-0 in the Regional tour.
The Tournament begins on Saturday 25th May with group stages games, however, Uganda Cranes will start at the quarterfinal level on Saturday 1st June 2019 against Lesotho.
They will depart for South Africa on Thursday, 23rd May 2019.