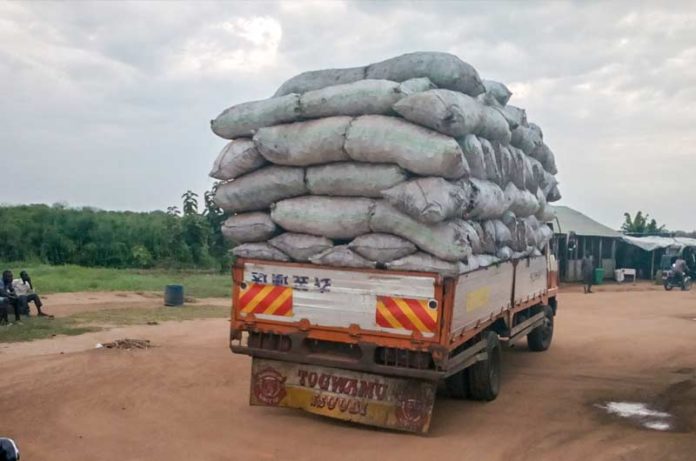 The Ministry of Energy and Mineral Development is supporting the establishment of dedicated tree growing for energy and charcoal production through promotion of fast growing trees in the “cattle corridor districts”, with 5,888 hectares of trees so  planted as dedicated feedstock.

The project is being piloted in the big charcoal producing districts of Mubende, Nakaseke, Kiboga, and Kiryandongo. A national rollout will be undertaken following the successful implementation of this pilot, according to officials.

However, the minister says the current charcoal production regime in Uganda is unsustainable leading to deforestation, land degradation and a multitude of other undesirable effects, which calls for growing of more trees.

Minister Muloni cites studies that indicate woodfuel demand in Uganda in 2018 was 33 million tons of fuelwood, 2.5 Mt of charcoal and 2.7 Mt of agricultural and forest residues, with a combined energy content of 599 Peta Joules and requiring annual input of 57 Mt of woody biomass. Demand is expected to more than double by 2040.

Promoting use of efficient and modern production technologies

She says her ministry is promoting the use of efficient and modern production technologies. “These technologies can register much better yields of up 30 –40 percent down from 10 percent realized from the traditional earth kilns. At the end-user level, Modern and more efficient stoves are being promoted to ensure efficient utilization of the fuel and also ease pressure on the existing biomass resources,” she says.

Promotion of alternatives and substitutes to solid biomass energy

The Ministry, according to Muloni, is also promoting clean cooking fuels and technologies such as briquettes, pellets, biogas and Liquidified Petroleum Products (LPG) in households, institutions and commerce. These technologies have big potential to reduce the demand for fuelwood and charcoal in Uganda.

Tight harvesting controls, a charcoal ‘ban’ and other strict regulatory measures being pursued in some neighbouring countries has resulted in high export demand and smuggling of Uganda’s charcoal across several borders. “This development has adversely affected local prices and worsened Uganda’s situation where the demand for wood already outpaces the supply leading to continued depletion and degradation of our national wood resource base,” says the minister.

She says her Ministry will continue to build strategic partnerships and ensure effective stakeholder coordination with other Ministries, Departments and Agencies (MDAs), the private sector and civil society organizations involved in the management of biomass and charcoal value chains. Strategies for securing adequate financing of the subsector are also being pursued.

Why charcoal is popular in Uganda

Charcoal remains a popular fuel in Uganda and in Sub Sahara Africa because it is associated with many advantages.  According to experts, charcoal burns at high temperature, produces less smoke than firewood and is convenient to store. It is cheaper and more affordable by most urban dwellers and a significant source of livelihood for many Ugandans.

But charcoal also has several disadvantages. Its production is inherently inefficient requiring big volumes of feedstock, experts say. “Charcoal is also delicate and can easily go to waste by breaking into fines and powder,” they add.

Meanwhile, the Ministry has partnered with the Office of the President, Ministry of Water and Environment and UNDP to host a high level dialogue on May 28, 2019 in Kampala to discuss and share issues on best practices and strategies to ensure a sustainable biomass sub sector in Uganda.

The dialogue is orgainsed under the Theme: “Together for a Sustainable Charcoal Industry”. The theme is in line with streamlining of the charcoal industry towards tree growing for energy production, efficient processing, transport, storage and utilization.