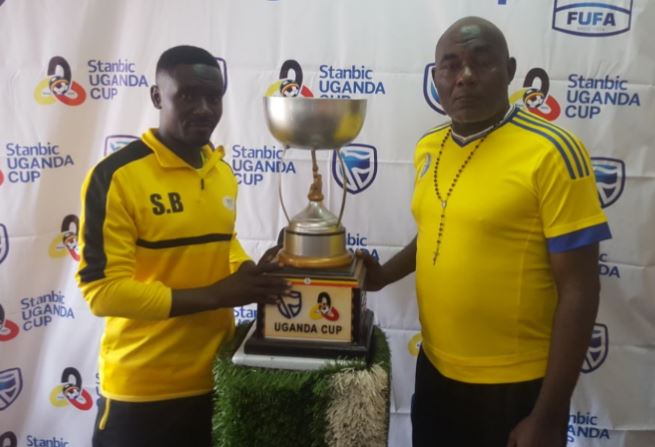 There will be a new champion in the history of the Uganda Cup when Proline FC take on Bright Stars FC in the 45th edition’s final tomorrow Saturday in Masaka.

Both teams reached the final for their first time in history, having maneuvered through the respective stages from the round of 64 stage through to the final.

Nelson Senkatuka, the Bright Stars captain who is part of the Cosafa sqaud, has been granted permission alongside Proline’s duo Bright Anukani and defender Mustapha Mujjuzi to take part in the final.

After winning the Fufa Big League title against Wakiso Giants and sealing automatic promotion to the StarTimes Uganda Premier League next season, Shafic Bisaso’s Proline will need to finish their successful season with a second trophy in their hands.

Fred Kajoba’s Bright stars finished 8th in the Uganda Premier League on 41 points and the Uganda Cranes goalkeeping coach will be in search of another Uganda Cup medal after winning the trophy in 2011 with Simba FC.

Bright Stars eliminated Kazo Excel in the round of 64 stage, eliminated Bumate on penalties in the round of 32. In the last 16, they defeated URA 2-1 before sealing a semifinal spot off a 1-0 win against Nebbi Central. They progressed to the final after eliminating record-holders Express FC in penalties.

The game will be handled by Sabila Ali as the center referee and will be assisted by Mark Ssonko and Issa Masembe as the first and second assistant referees respectively.

Oloya William will be the fourth Official while the Referees’ Assessor will be Amin Bbosa Nkono.

The winning club will walk away with Shs40 million while the runners up with Shs20 million.

AfDB to finance 24 projects worth USD 1.87 billion in Uganda