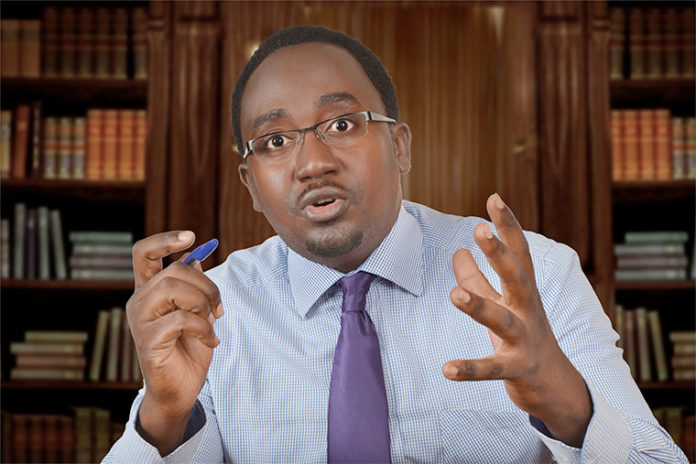 The Electoral Commission (EC) and such other institutions like the National Consultative Forum or IPOD should vigorously champion a review in Uganda’s political campaign laws to allow political parties to freely conduct campaigns throughout the electoral cycle, says Crispin Kaheru of Coalition for Electoral Democracy in Uganda (CCEDU).

Kaheru, the Coordinator of CCEDU says political campaigning is a day-to-day business and as such players should be allowed to sell their political agenda to the voters. “Political campaigning is political parties’ day-to-day business.  Political parties in other parts of the world actually campaign on an on-going basis to sell their political agenda, to influence public policy, to recruit members or even organise their grassroots structures,” he says.

Kaheru gives an example of the United States where he says there is no set timeframes for political campaigns for parties or individuals who are interested in running for political office. “In the United Kingdom, they have a long and short campaign season,” he says.

Meanwhile, Kaheru in his comment on the EC’s claim that it is not aware of early political campaigns happening, despite President Yoweri Museveni’s ongoing countrywide tours, says the electoral body should allow for fair play for all political parties by reviewing legislative framework around campaigns.

“Therefore, rather than the EC expressing technical obliviousness about the on-going political campaign mood in the country; it should work to prompt the review of the legislative framework around campaigns to make it fairly permissible for all political parties to campaign through-out the electoral cycle,” he says.

Kaheru’s comments come at the time when political parties in the opposition are accusing Museveni of early campaigns yet for them are restricted by the law. Museveni’s party the National Resistance Movement (NRM) on the other hand argues that the president’s countrywide tours are meant for the sensitisation of the masses on how to fight poverty and create wealth.

EC’s mandate is to “organise and conduct regular, free and fair elections” in the country, in an efficient, professional and impartial manner as stipulated by Articles 60, 61 and 62 of the Constitution.

According to EC, The polling for Presidential, General Parliamentary and Local Government Councils for 2021 General Elections shall be between January 10 and February 8, 2021; hence setting a benchmark for all other electoral activities.

However, recently the EC urged those who have started early campaigns for electoral positions even though it fell short of mentioning Museveni whose current tours in the country have seen him being endorsed for 2021 presidential election by leaders in the regions he has visited.

“The Electoral Commission has noted with concern that a number of persons aspiring for various elective positions in the General Election, 2021 have started conducting public meetings supposedly to consult the electorate in preparation for their candidature in the 2021 Elections.

At the same time, some aspirants are organising campaign meetings and addressing rallies, putting up posters, distributing campaign materials and soliciting for votes contrary to the campaign period set out in the Electoral Roadmap issued by the Electoral Commission,” EC said in a statement.

“… at this moment in the electoral calendar, there are no persons nominated as candidates for Presidential, Parliamentary and Local Government Councils elections. All aspirants are therefore, urged to refrain from engaging in active campaigns for these elective positions,” the statement continued.

Elective Positions for 2021 are based on current number of administrative units and according to 2021 electoral roadmap 1,539,861 electoral positions are to be competed for compared to 1,354,355 posited competed for in 2016 by candidates from various poetical parties as well as independents.