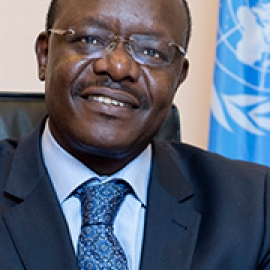 The United Nations Conference on Trade and Development (Unctad) will establish trade facilitation portals in Africa through a €3 million (Shs12 billion) drawn from a €85 million (Shs 340 billion) fund by the EU to Comesa under the 11th European Development Fund Trade Facilitation Programme (EDFTP).

Through a partnership with the Common Market for Eastern and Southern Africa (Comesa), Unctad is seeking to increase trade at the continental level by facilitating financial support to Comesa member states such as Uganda, Kenya and others.

Under the arrangement, Unctad will design and develop the national and regional trade information portals (TIPS) and the customs automation regional centre (CARC) at a cost of €3 million.

TIPs will facilitate access to essential trade information in one platform while CARC will support technical and functional training on the Automated System for Customs Data (ASYCUDA) World Platform thereby improving skills to use applications.

This is in addition to developing the latest ASYCUDA Applications to enhance trade facilitation systems at the national, regional and continental levels.

Out of the €85 million, €68 million (Shs272 billion) will be used to implement trade facilitation and small-scale cross-border trade.

Unctad secretary general Mukhisa Kituyi sealed the agreement at the Comesa headquarters in Lusaka, Zambia. He told his host and Comesa counterpart Chileshe Kapwepwe that the regional body needs support for the spirit of regional trade and integration to bear fruit.

“We are not going to downplay the centrality facilitated in trade, not only as a way of making Africa competitive but also overcoming the challenges particularly of landlocked countries which face the daunting task of competitively trading with the rest of the world,” he said.