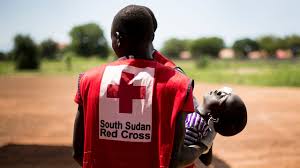 Uganda Red Cross (URC), with support from the International Federation of Red Cross (IFRC) and Red Crescent Societies (IFRC), has trained hundreds of community-based volunteers to handle the threat of Ebola.

The Volunteers have been trained in Ebola screening, as well as in risk communication and community engagement, community-based surveillance, and psychosocial support.

According to Robert Kwesiga, the Secretary General, URC, the outbreak is a worrying development, but they have been preparing for it. “We have been scaling up our efforts, in close coordination with government and other actors to help communities prepare for Ebola, and to contain its spread.”

He said Red Cross teams is on high alert following the confirmation of the first Ebola case in Uganda. According to the Ministry of Health, a five-year-old boy from Uganda returned from the Democratic Republic of the Congo (DR Congo). The child presented with Ebola symptoms and was transferred to an Ebola treatment unit in Bwera.

The Uganda border is close to the epicenter of the DR Congo outbreak, which is now the second largest Ebola outbreak ever recorded.

IFRC Operations Coordinator, Andreas Sandin, said they are ready to adapt and expand our support, but we must take stock of the lessons we have learned from the response in DR Congo.

“Epidemics and pandemics start and end in the communities. We need to ensure this remains a community-led response to ensure we prevent Ebola’s further spread.”

IFRC is also supporting the National Red Cross Societies of Burundi, Rwanda and South Sudan to prepare for the potential spread of Ebola into their countries.