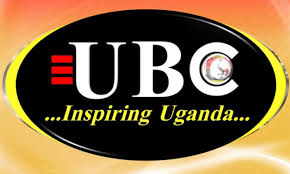 Ugandans will watch the Africa Cup of Nations (AFCON) that kicks off on Friday, 21 June 2019 live from Egypt for free following a directive from Parliament.

Uganda cranes will play against DR Congo in their first game scheduled for Saturday, 22 June 2019.

Legislators, demanded that government provides Euros 350,000 to the Uganda Broadcasting Corporation (UBC) to purchase rights to broadcast the Africa Cup of Nations (AFCON).

“We understand that this was not in the budget of the national broadcaster; but that is surely a small price for the government of Uganda to pay,” said Jinja east MP Moses Balyeku.

He further noted that the games will only be aired on pay television which many Ugandans cannot afford.

Balyeku fronted the proposal noting that Ugandans have a right to watch the games free of charge because the national team, the Uganda Cranes, would be participating.

The Speaker of Parliament, Rebecca Kadaga, reiterated a letter from the national broadcaster requesting for funds to pay for the rights to air the games, saying that they were desperate to broadcast the games live due to their big viewership.

“We have been pushing our national team to perform well so that they can qualify for the AFCON games, something that is a big achievement. We should let the locals watch their children play,” she said.

In response, the State Finance Minister for Planning, David Bahati, said that the government will support UBC to broadcast live. However, he regretted that UBC had not approached his ministry on the need.

He added, “I encourage the Ministers of Sports and Information Communication Technology (ICT) to forward the request to us so that we can handle it expeditiously.”

The Minister of ICT was directed by Parliament to process a request to fund the games and update the House on the progress.