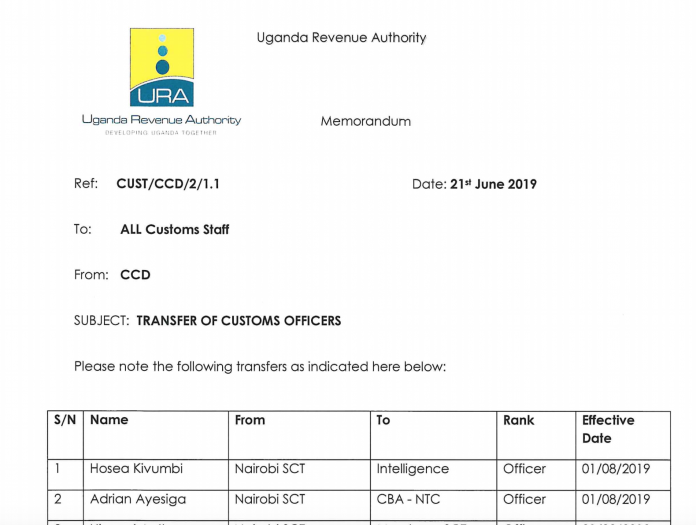 The Uganda Revenue Authority (URA) has made changes in its human resource personnel, where 66 staff in the customs department have been transferred to new work stations across the country.

The transfer of the staff was done by Dickens Kateshumbwa, the URA Commissioner Customs, who also appointed five staff as in-charges of bonds.

Though Kateshumbwa did not give the reasons as to why he carried out the transfer of staff, other sources told this website that is one of the ways of fighting corruption in the sense that when some workers when over stay in a location they form syndicates with others in the private sector to dodge paying a fraction or all the taxes charged on some items.