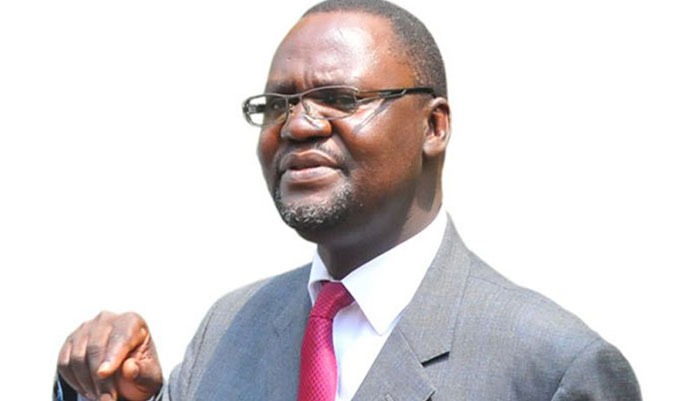 The Bugweri County Member of Parliament (MP) Abdul Katuntu, says there is an urgent need for government to address Governance issues in the Bank of Uganda (BoU) if the scandals rocking the institution are to be curbed.

Katuntu, who chaired parliament’s Committee on Commissions Statutory Authorities and State Enterprise (COSASE) said yesterday during the plenary that the current BoU board is led by the Governor Prof. Emmanuel Tumusiime-Mutebile as Chairman, which means, Katuntu said, Mutebile reports to himself.

In the COSASE report handed over to government after the probe of BoU over the controversial closure of seven commercial banks, MPs recommended that that anomaly be corrected. Government is yet to act on that report. Kasekende deputizes Mutebile on the BoU board. “BoU officials are very powerful and only report to themselves,” Katuntu said.

Katuntu further said there is a fight between Mutebile and his Deputy, Dr. Louis Kasekende over succession. Mutebile is set to retire in 2021 while Kasekende’s contract runs out in 2020. Kasekende was expected to succeed Mutebile, but with the scandals rocking BoU right now, a new face is likely to be brought in, according to sources close to the appointing authority.

The MP made the remarks while contributing to the debate on the controversy surrounding the extra cargo that was transported on the charted flight transporting newly printed Ugandan currency notes to Uganda. BoU chartered a plane to transport 20 pallets containing Ugandan currency from France. However, there were 25 pallets aboard the plane when it finally landed at Entebbe International Airport raising suspicion that BoU officials could have printed extra cash for themselves.

Preliminary investigations so far say the extra pallets belonged to 13 agencies and private individuals including the United Nations, United States Agency for International Development (USAID), Ministry of Health, APTECH and Mandela Millers among others.

However, Katuntu said the Governance issues at BoU and the fact that the BoU Board doesn’t report to anyone including the President and Finance Ministry makes them untouchable.

He said while probing the sale of the defunct banks, they encountered several threats includes calls to stop the probe, but Parliament threw its weight behind the committee.

Katuntu’s statement comes after the Minister of Finance in charge of Planning, David Bahati said Government was still investigating the issue of the extra pallets. Bahati urged Ugandans not to speculate on the matter but wait for police investigations.

The Speaker of Parliament Rebecca Kadaga gave the Government up to mid-July to present a detailed statement in regards to the BoU investigations over the currency consignment saga where about Sh90 billion is alleged to have gone into private pockets of BoU officials.

Three BoU officials, including the executive director currency, Charles Malinga Akol, have so far been charged and released on bail. Mr Malinga was charged jointly with Francis Kakeeto and Fred Vito Wanyama, both bankers at Central Bank branch in Mbale.