News of top corporate gurus in Uganda having sexual relationships with their juniors continues to dominate social media day in day out. The latest culprits in the office sex scandal are Housing Finance Bank Managing Director, Micheal Karokora Mugabi aka MKM, and his subordinate, Connie Nankya who is the head of Communications and PR at the bank and a former worker of Daily Monitor.

Mugabi was only appointed MD on October 25, 2018 after the departure of Mathias Katamba who left to join DFCU Bank. Mugabi also served as an Executive Director of Operations and served as a Company Secretary, General Manager of Legal Services and Director at the same bank. 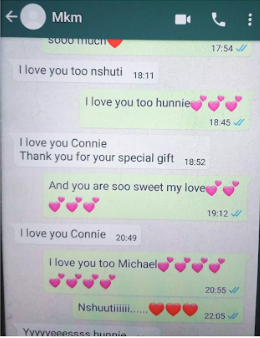 He also served as member on the council of the Institute of Corporate Governance of Uganda (ICGU), an enterprise sector that upholds international best practice in corporate governance.

On the other hand, Ms Nankya worked as corporate affairs officer at Eskom Uganda. It is not clear whether the two started their love recently or before Ms Nankya joined the bank. 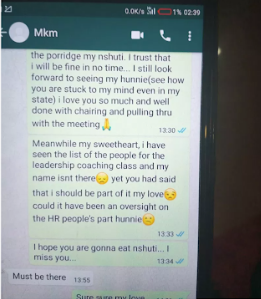 The screenshots show that Mugabi and Connie who is a single mother of one have been cozy with each other for quite a while now to the extent that they have brought love related issues into official work.

In one of their love exchanges on Whatsapp, Connie says, “I love sooo much.” To which her boss replies, “I love you too nshuti.” MKM continues, “I love you Connie. Thank you for your special gift.” And Connie replies, “And you are so sweet my love.” 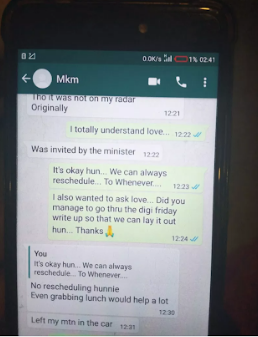 On job related issues, Ms Connie Nankya seems to complain to the MD and her lover Mugabi after she was excluded from a leadership coaching class. She writes: “Meanwhile my sweetheart I have seen the list of people for the leadership coaching class and my name isn’t there yet you had said I should be part of it my love. Could it have been an oversight on the HR people…hunnie…” she says. Her lover replies: “Must be there.” 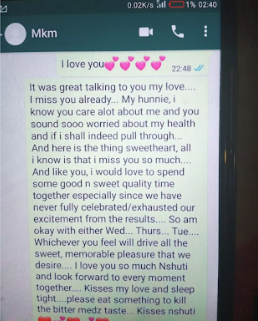 A few years ago Ms Nankya received public condemnation after she attacked Bebi Cool’s wife Zuena who was doing ‘Life Stories’ on NTV. Bebe Cool did not have kind words for Connie, also a former publicist for the struggling Pioneer Easy Bus.

“Today, I will comment about my wife’s Life Stories TV show following a very unfair article from Connie Nankya which seems to be personal.” Bebe Cool said then. Bebe Cool was bitter that Connie attacked the person of Zuena than criticising the show then.

Connie Nankya and Zuena were contestants in the same beauty pageant, and both were among the top five, but Zuena came out ‘bigger and better’. Bebe Cool suggested that that was the reason behind the ‘unfair article’.

At that time in a wall post that had 88 shares, 755 likes and 822 comments in just the first one hour, Bebe Cool blasted Connie by letting her know of how Zuena was way better than her; as she was then armed with two jobs, three kids, a husband compared to her who used to drink stagger and pass out.

“Keep off my wife because if you were better than her, you should have been doing Life Stories,” Bebe Cool said then. 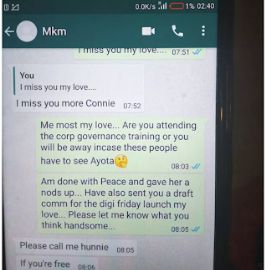 Also years ago, Ms Nankya  defended Uganda Christian University (UCU) name was more after its students appeared in the sex tape that caused uproar in the public. Nankya argued then that it was unfair for the public to condemn the university rather than the three students who committed the sex act.