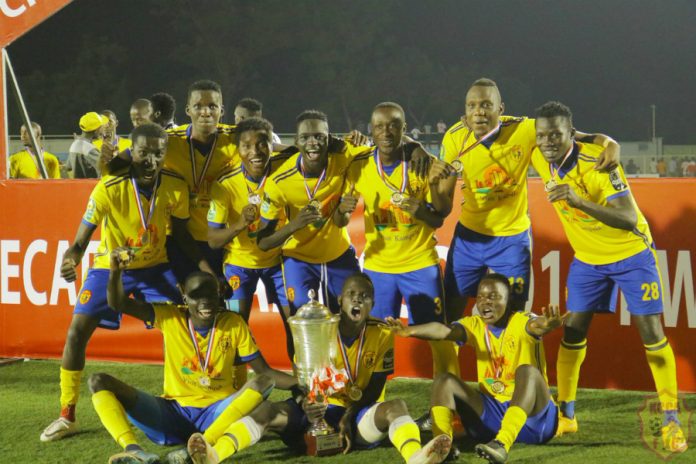 Uganda Premier League champions KCCA FC are to play Namibian side African Stars FC in the Preliminary first round match of the 2019/20 Total CAF Champions League.

The 2019 CECAFA Kagame Club Cup champions will visit Windhoek to play the first leg between August 9-11, 2019 in Kampala at Star Times Stadium Lugogo Kampala while the return leg is set for August 23-25, in Blantyre.

The winner will face the successful club between Matlama from Lesotho and Angola’s Atletico Petroleos De Luanda to qualify for the group stages. .

The successful winner on aggregate over the two legs shall take on either Rwanda’s AS Kigali or Tanzania’s KMC.

The draw was conducted during the meeting of the CAF Interclubs Committee on Sunday, 21 July 2019 at the CAF Headquarters in Cairo.

The Caf Champions League and Confederations cup tournament uses two rounds of qualifying matches to determine the 16 clubs that will compete in the group stage. The top two clubs from each group progress to quarter-finals. The quarter-finals and semi-finals are played over two legs and make use of the away goals rule.