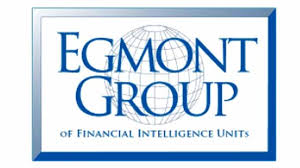 Financial Intelligence Units (FIUs) of two COMESA Member States, Uganda and Ethiopia were among those recently admitted to the Egmont Group, a global financial network that formulates coordinated policies and responses to financial crimes such as money laundering and terrorist financing.

Their admission alongside the Dominican Republic, Palestine, Papua New Guinea and Turkmenistan was a key highlight of the 26th Plenary of the Egmont Group of FIUs held at the Hague, Netherlands, 1st – 5th July.  This brings the membership of the Egmont Group to 164 countries.

The processes leading to the attainment of the standards required for a Financial Intelligence Unit to gain membership to the Egmont Group are long and can take many years. It therefore requires, among other things that the country has enacted sound laws and legislation as guided by the Financial Action Task Force (FATF).

FAFT is the intergovernmental body that sets standards, develops and promotes policies to combat money laundering and terrorism financing. It has so far developed a set of 40 rules to provide measures against money laundering given that the crime is transnational and the success in combatting it requires international cooperation

Among these rules is a requirement for a country to establish a national center for receipt and analysis of suspicious transaction reports and other information relevant to money laundering and terrorism financing.

“Their personnel will also benefit from regular training by experts in the field as well as opportunities for personnel exchanges to enhance the effectiveness of the FIUs,” Ms. Mutunga said.

“Given the trans-national nature of money laundering, information exchange between jurisdictions is very important but because of the sensitive nature of the information, FIUs are only willing to exchange information with peers that are established within the international standards.”

Considering the benefits that member states derive from membership to Egmont, as well as an assurance of sustainability of COMESA MASE capacity building efforts, COMESA has prioritized support to FIUs to join group.

Mauritius, Seychelles and Zambia are beneficiary countries to COMESA Maritime Security (MASE) programme. They attained membership to the Egmont Group before commencement of COMESA MASE support.

COMESA facilitated Ethiopia FIC to improve its operations and its ICT systems as wells as sponsoring study tours to other countries with well-developed systems. COMESA MASE is currently working with the Madagascar FIU known as SAMIFIN towards its successful application for Egmont Group membership.