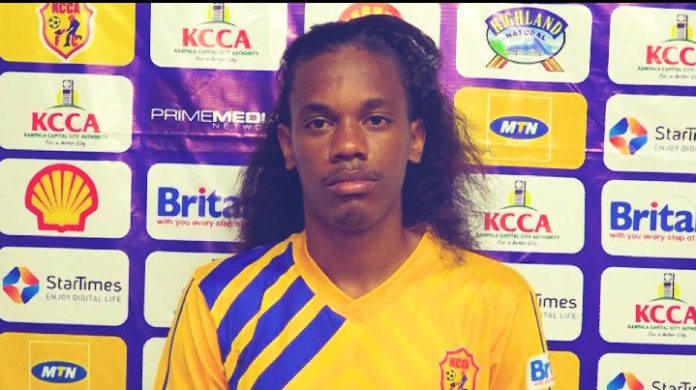 The ponytailed defender has been given a two-year deal by the 13-time Ugandan league champions.

Revita leaves the wankulukuku based side after only one season having joined them from Bukavu Dawa in the Democratic Republic of Congo (DRC). He has also featured in the Masaza Cup and for the Sand Cranes.

He becomes the third signing in this transfer window for KCCA after they completed Erisa Ssekisambu from Gor Mahia and Simon Sserunkuuma from Tooro United.

The defender is seen as a replacement for KCCA former captain Timothy Dennis Awany who is set to join Ashdod Football Club in Israel.

Revita was part of the Uganda Cranes CHAN team that completed a double over Somalia in the qualifiers and also featured in the Cosafa Cup in South Africa with the Cranes.

KCCA FC’s first competitive game of the season will take place on Tuesday away to Wakiso Giants FC in the Pilsner Super 8 and is expected to make his debut.