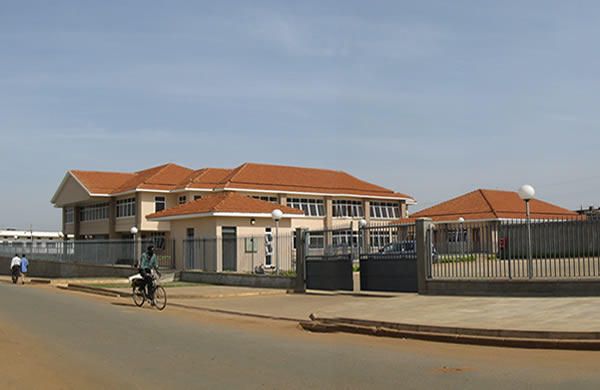 Police and army have arrested three staff of Bank of Uganda in Mbale who were reported smuggling out money in sacks.

According to security sources, the three are part of the racket in Bank of Uganda that smuggle out money which is supposed to be destroyed.  Eagle Online was informed that a combined team of security operatives from police, intelligence and military stormed the currency centre after a tip off from an internal staff why it had become norm for money which is supposed to be destroyed was being ferried outside the bank and shared amongst top staff.

“It is true, we have three staff of Bank of Uganda who were caught red handed smuggling money outside which is against the norms of the central bank.” said a source.

In June, this year a source who whose firm is hired by BoU headquarters told Eagle Online that his staff whose was among those hired to offer cleaning services was expelled from BoU headquarters after he questioned why money was mixed with rubbish.

After he informed security at the bank that money had been packed in rubbish sacks instead of rubbish. However, security told him to keep it off as it was the luggage of the top bosses and so it didn’t concern him, his boss was subsequently called and told to change the said   cleaner if he wanted his contract with BoU.

In June, this website broke a story on how State House, police and other agencies were investigating BoU over the extra Shs90 billion that was printed separately and shipped into the country without the knowledge of the governor Emmanuel Tumusiime Mutebile. It later on turned out that it is indeed Mutebile himself who had petitioned Lt. Col. Edith Nakalema to investigate the scandal of extra printing of money. Col. Nakalema is the head of State House Anti-Corruption Unit.

The director of Currency department at Bank of Uganda, Charles Malinga was arrested and arraigned before Anti-Corruption Court in Kololo over the extra printing of money before his appearance, Francis Kakeeto, a branch manager at Mbale and Fred Wanyama were charged with abuse of office and in alternative corruption which they have both denied before magistrate Herbert Asiimwe.

Prosecution informed court that on April 26, 2019 between France, Belgium and Entebbe airport, the duo while on assignment by their employer to carry out a pre-shipment inspection of printed materials in France, in abuse of the authority to offices did an arbitrary act prejudicial to the interest of their employer and allowed the inclusion of unauthorized case on a cargo plane fully chartered by BoU.

Hardly a month after, Uganda Police detectives were reported to be investigating Shs400 billion that the Bank of Uganda (BoU) officials transferred and stored in BoU Masaka Currency Centre in a room without CCTV cameras, meaning the money could be stolen without tracing it.

The huge money is said to have been transferred to Masaka on June 14, 2019, the time when investigators started probing BoU and other officials over the anomaly in the consignment of the 20 pallets packed with Uganda Shillings notes that were delivered at Entebbe International Airport by BoU chartered plane on April 26, even though, extra 5 pallets were onboard and their whereabouts is unknown.

Bank of Uganda has eight currency centres across the count