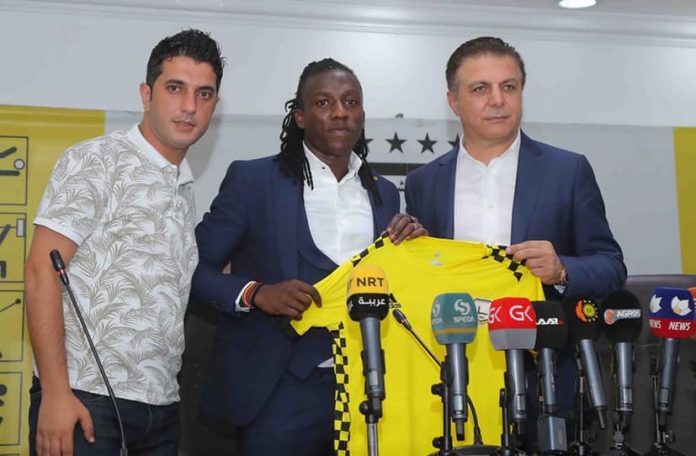 Kateregga, also known as Dancing Rasta has been a free agent since he terminated his contract with South Africa Premier Soccer League (PSL) side Cape Town City FC on August 1.

The midfielder revealed his new move via a Facebook and his contract is reported to run for two years.

“Dear Lord, You have brought me to the beginning of a new day. As the world is renewed fresh and clean, so I ask you to renew my heart with your strength and purpose. Forgive me the errors of yesterday and bless me to walk closer in your way today.” Kateregga posted on his facebook page

“This is the day I begin my life anew; shine through me so that every person I meet may feel your presence in me. Take my hand, precious Lord for I cannot make it by myself. Amen. Erbil Club Official”. He concluded

The attacking midfielder managed 18 appearances across all competitions for both City and Maritzburg United last season and found the back of the net three times.

The 25-year-old has also featured for Sports Club Victoria University and BUL in Uganda and also Tusker FC in Kenya.

He was part of the Uganda Cranes squad in the 2019 Africa Cup of Nations in Egypt.

He is the latest Ugandan player to join a new club after the Afcon finals.