High speeding taxi heading to Mbale from Kampala over turned around Buyange in Namutumba district killing five passengers on spot and the rest hospitalised with severe injuries.

The latest accident in Busoga region follows the last two that happened days ago in which 10 people died.

Two people died on the spot and scores got injured days ago after the driver of a taxi lost control and it overturned several times at Buyange Village, Magada Sub-county in Namutumba District. 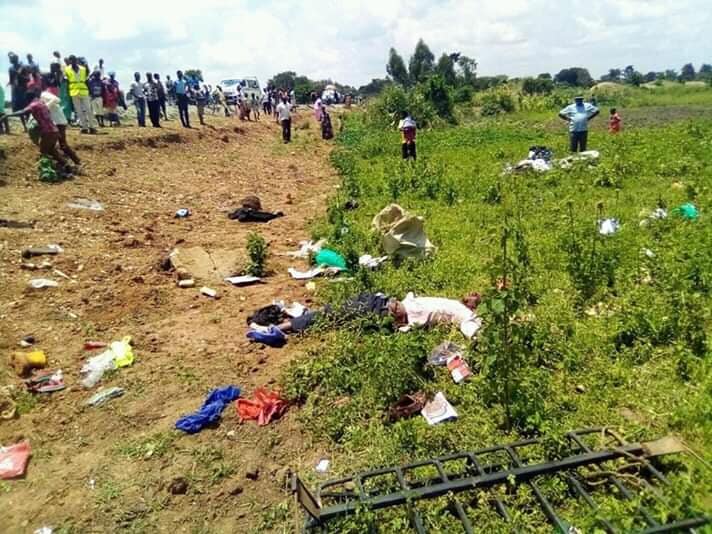 The taxi, that was coming from Mbale and heading towards the Iganga direction, on Sunday evening overturned thrice, killing a 10-year-old pupil and a 39-year-old man.

More, eight people died and nine others sustained injuries in a road accident that happened on Sunday in Nawantumbi village along the Jinja-Kamuli highway.

The accident involved a commuter taxi registration number UAZ 861J from Jinja whose one of its tyres burst before knocking a motorcycle carrying two passengers who died on spot.