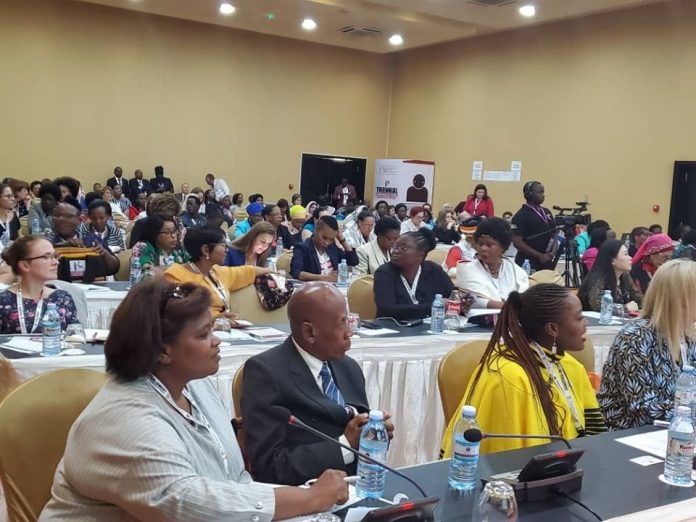 The third day of the 64 common wealth parliamentary conference (CPC) 2019, has kicked off with a Conference of Women Parliamentarians discussing empowering women as effective legislators in the 21st century.

The national leader People With Disabilities (PWDs), Safia Nalule, urged fellow legislators to develop a checklist of women issues they would like committees of Parliament address. She said Uganda’s checklist on gender enables committees to deliberate taking note of gender issues.

More than 20 speakers and deputy speakers of national and provincial legislatures are in the country for the 64th Commonwealth Parliamentary Conference that opened in Munyonyo.

Some regional speakers, although not members of the Commonwealth, which brings together former colonies and territories of the British and admitted countries, have also been invited for the conference scheduled for 22 – 29 September 2019.

The weeklong event commenced with conferences of the Commonwealth Women Parliamentarians and Small Branches from jurisdictions with a population of up to 500,000 people discussing problems and the operation of diplomatic systems in their areas.

Delegations have arrived from all nine regions of the Commonwealth including Africa, India, Asia, Australia, British Islands and Mediterranean, Caribbean, Americas and the Atlantic, Canada, Pacific, South East Asia.