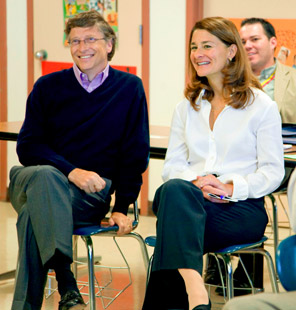 At the UN Climate Action Summit in New York, the Bill and Melinda Gates Foundation, the World Bank, and several governments announced financial commitments of US$790 million and assistance to enhance resilience of over 300 million small-scale food producers in the face of mounting climate impacts.

Climate change, which is bringing more droughts, flooding and extreme weather events, is already taking a severe toll on farmers, especially in developing countries. Climate change may depress growth in global agriculture yields up to 30 per cent by 2050. Meanwhile in poorer communities, where many people spend more than half of their incomes on food, food prices could rise by 20 per cent or more. These impacts would push people further into poverty and be a major setback in achieving the Sustainable Development Goals.

The commitment follows the recently released flagship report from the Global Commission on Adaptation that calls for global leadership to accelerate adaptation. The Commission finds that investing in adaptation can yield significant economic, environmental and social benefits.

The Commission is led by Ban Ki-moon, 8th Secretary General of the United Nations; Bill Gates, Co-chair of the Bill and Melinda Gates Foundation; and Kristalina Georgieva*, CEO of the World Bank, together with 31 other Commissioners. The Commission will announce several Action Tracks as part of its “Year of Action,” which goes through 2020, including at the Global Adaptation Summit hosted by the Netherlands in October 2020. Enhancing the resilience of small-holder producers is one of the core initiatives of the Commission’s track on Agriculture and Food Security.

The Bill and Melinda Gates Foundation pledged $310 million dollars over the next three years for the CGIAR. Additional financial support and resources will be provided by the Netherlands, European Commission, Sweden, Switzerland, United Kingdom, Germany, and the World Bank. (See breakdown below.)

“Most people have never heard of it, but CGIAR has done more to feed the world’s poorest people than any other organization on earth,” said Bill Gates, Co-chair of the Bill & Melinda Gates Foundation and Co-chair of the Global Commission on Adaptation, speaking at the United Nations Climate Action Summit in New York. “Ultimately we need to double funding for CGIAR research to fully equip this unique and valuable institution to confront a wide range of climate challenges. These commitments are a critical down payment toward reaching that goal.”

Ban Ki-moon, 8th Secretary General of the United Nations and Co-chair of the Global Commission on Adaptation said, “Without urgent action to help the world’s smallholder farmers we risk undermining our food security for generations to come. Today’s financial commitments are a positive step forward, but more must be done to ensure the world’s farmers are equipped for long-term sustainable, climate-smart production”

“The World Bank is working towards a stepped-up effort on agricultural research in Africa. Towards this end, the Bank intends to work with its partners to develop an IDA financing package of $60 million for CGIAR-based institutions in Africa,” said Axel van Trotsenburg, World Bank Acting CEO. “Together with its on-going contributions, the Bank could potentially provide support in the order of $150 million over the next three years.”

The financial resources will support the CGIAR in developing innovations that will help smallholder farmers improve their livelihoods and build resilience in the face of climate change. The CGIAR, which hosts the world’s largest network of crop breeders focused exclusively on the needs of poor farmers, is pioneering the development of a new generation of food crops that can endure drought, floods, higher temperatures and soils tainted with salt from rising seas.

Following is a breakdown of the major commitments to date: