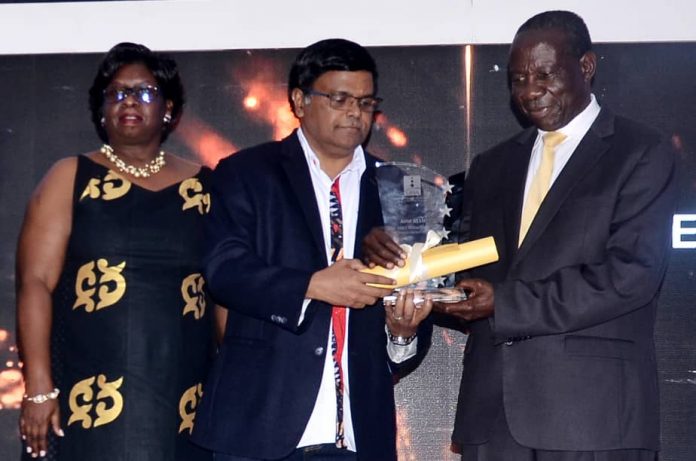 Airtel Uganda has been awarded Uganda’s Largest Tax Payer and recognized for their compliance in remitting taxes to Uganda Revenue Authority (URA).

The announcement was made during the Uganda Revenue Authority Taxpayers Appreciation Awards.

Airtel Uganda paid Shs136 billion in the financial year 2018/19 winning the Excel Award for the year.

“Airtel has contributed over Shs136 billion in the financial year 2018-19 making it the biggest contributor of income tax in the last financial year,” a statement from Uganda Revenue Authority read in part.

Handing over the award, the Minister of Finance, Matia Kasaijja congratulated Airtel upon the achievement and lauded the company for their contribution towards the development of Uganda through tax.

Mr. V.G. Somasekhar, the Managing Director of Airtel Uganda, thanked Uganda Revenue Authority for recognizing their contribution to the company’s GDP and the work they are doing to remain complaint. He also thanked Uganda Communication Commission, Ministry of Information Communication and Technology and the Government of Uganda for the support rendered to Airtel.

“It is an honor for Airtel to be recognized as the largest tax payer in Uganda. We are thankful to our customers and partners who have made Airtel their network of choice,” he noted.

“We believe leadership is a responsibility one that we have happily taken on and this recognition is yet another milestone and an affirmation that Uganda has noticed. We remain committed to the leadership of the telecommunications sector and compliance is an integral aspect of that commitment,” he added.

The award comes on the heels of the company’s massive investment in innovation, network and infrastructural expansion.

After achieving 100 per cent of all sites on 4G LTE, Airtel is transforming wireless technologies that are bringing about efficiency in the way voice and data services are experienced across the country.