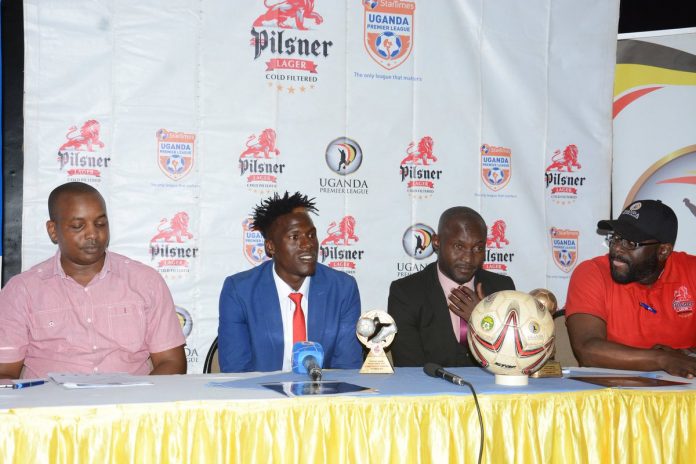 Vipers SC forward Fahad Bayo was named the Pilsner player of the month while Maroons manager Douglas Bamweyana was crowned coach for the month of September.

The forward scored three goals in the two games played during the month, the winner against Tooro United and then a brace in their two-all draw against Mbarara city.

Maroons head coach Bamweyana beat his replacement at SC Villa coach Edward Kaziba to the award. He picked up two wins, against Kyetume 1-0, and Tooro United 2-0 away before losing to Bright Stars 3-2 in their other game.

Both Bayo and bamweyana walked away with a reward of one million Ugandan shillings each.

Pilsner Lager signed a partnership deal last season with the StarTimes Uganda Premier League to award the competition’s best players and coaches for the next three years.

The Pilsner man of the match walks away with one hundred thousand shillings (Ugx 100,000) after every match.