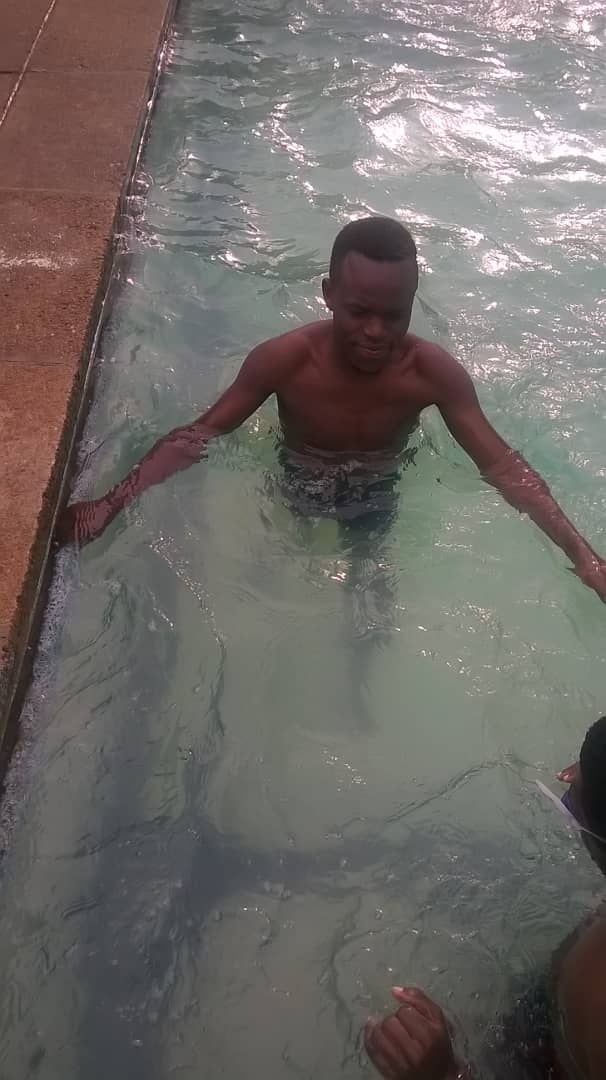 James Uwmpuhwe from Rwanda died late this evening at the pool near the guild canteen when he had difficulties while in water.
“James had no experience in swimming, but he jumped into the water” a friend said.
The friend added that they shouted when they did not see James return on top.
Vice Chancellor Prof. Nawangwe on his Facebook page said, “i have received with much shock news the death of James, a second year student of Arts in Arts who has drowned in the swimming pool this evening. “
He added, “ I send condolences to the family and the entire community. May his soul rest in peace. “
He was pulled out of water and rushed to wandegeya at Abii clinic.
The police said that James died immediately after they had reached Mulago hospital’s emergency unit where he had been rushed for rescue.