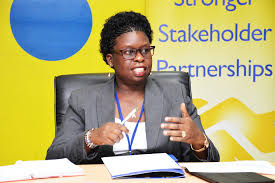 The Uganda Revenue Authority (URA), which is responsible for collecting taxes in the country, has accused local beverage companies manufacturing soda and water, of cheating government of Shs14.16 trillion in Illicit Financial Flows (IFFs) for the financial years 2016/17 and 2017/18, hence government losing the would-be tax revenue.

“According to information obtained from Uganda Manufacturing Association (UMA), the Soda and Water sector currently produces 231,379,200,000 bottles per annum,” URA Commissioner General Doris Akol says. However when computing taxes for the bottles recorded, the figures don’t add up.

Further, using UMA figures, Akol says the sector is currently comprised of 256 manufacturers against the 46 clients currently registered with URA.

Read full submission by Akol on the effects of IFFs

Illicit Financial Outflows (IFFs) are a major source of leakage of economic value from African economies. Illicit Financial Flows (IFFs) can be traced back to commercial activities such as tax evasion, trade mis-invoicing and abusive transfer pricing.

IFFs reduce and eliminate expected growth benefits and undermine the development potential of our economies.  The erosion of the tax base deprives our governments of the financial resources required for provision of public goods such as education, health and infrastructure.

Under the African Union Commission report of 2019, Domestic Resource Mobilization is one of the remedies to combat illicit financial outflows and these involve among other initiatives, the enhancement and improvement of existing tax systems by taking advantage of initiatives for opportunities of digitalization and increasing transparency in trade.

The manufacturing sector in Uganda is the principle provider of the goods that we consume and export.  It is the second contributor to tax revenue in Uganda and takes up 27.1% of our GDP.

Existing deficiencies in tracking and tracing the locally manufactured products has contributed to less than adequate tax receipts from the manufacturing sector as well as those importing the excisable products. For instance, according to information obtained from Uganda Manufacturing Association (UMA), the Soda and Water sector currently produces 231,379,200,000 bottles per annum. At a unit price of UGX.625 per bottle, the sectors (water & sodas) are expected to have remitted UGX.14.4Trillion per annum but only remitted UGX 105Billion in FY 2016/17 and UGX 135Billion in FY 2017/18. Further, according to UMA, the sector is currently comprised of 256 manufacturers against the 46 clients currently registered with URA.

The introduction and implementation of the Digital Tracking and Tracing Solution (DTS) commonly known as the Digital Tax Stamp will deliver transparency in the outputs of the manufacturing process from industrial production lines and the tracking and tracing of manufactured products.

This transparency is key in not only curbing illicit trade in substandard goods, boosting our trade balances by tracing exported products as originating from Uganda but also contributes to accuracy of tax receipts from the manufacturing sector through accurate declarations of excise duty from excisable products.

The DTS will help identify and enforce on the non-compliant manufacturers. To this end therefore, the introduction and implementation of the Digital Tracking and Tracing Solution is also critical in protecting legitimate local manufacturers against the trade in illicit and counterfeit products. In levelling the playing ground, it greatly facilitates inter and intra national and regional trade of Ugandan products.

With the introduction and going live of the Digital Tracking and Tracing Solution, Uganda scores a huge milestone of curbing the illicit financial outflows from the tax evasion from this considerable segment of our GDP, thus enhancing our Domestic Resource Mobilization effort.

We thank the entities in the manufacturing sector that have been supportive in adopting this trade and revenue enhancing initiative for the good of all Ugandans.

Uganda Revenue Authority remains committed to supporting all our stakeholders and ensuring the success of this initiative as we continue Developing Uganda Together.