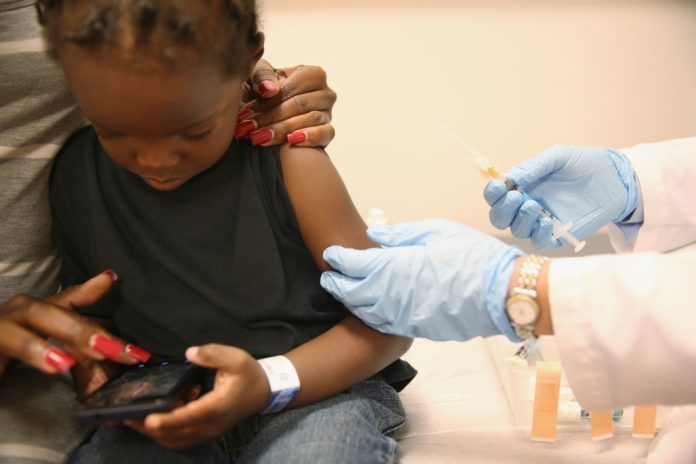 The minister of health Dr Jane Ruth Aceng has revealed that a total of 19,476,110 children have been vaccinated against Measles Rubella out of the 18,100,000 targeted representing 108 percent.

They were vaccinated under the 18 million dollar immunization campaign funded by the Government of Uganda, Global Alliance for Vaccines (GAVI), World Health Organization (WHO) and United Nations Children’s Fund (UNICEF) is intended to tackle such public health challenges.

Remarking at media centre, the minister said over 7,955,597 children were vaccinated against Polio out of the 8,200,000 targeted representing 97 per cent.

She said the country will continue to defend its polio free status despite the high risk of importation of Polio from neighboring countries some of which continue to harbor polio viruses while others have challenged surveillance systems.

It is therefore against this risk that all children at risk of polio aged 0 to 5 years were vaccinated with the aim of boosting community immunity.

Over the last three years, at least 120 districts annually reported suspected cases through the weekly surveillance system.  96 per cent of the reported cases were between the ages one to 15 years; hence informing our target population for the vaccination exercise.

In the recent past, the country has experienced Measles and Rubella outbreaks in over 60 districts. At the same time, Polio remains a big threat given evidence of wild and vaccine-derived strains circulating in neighboring Democratic Republic of Congo and South Sudan.