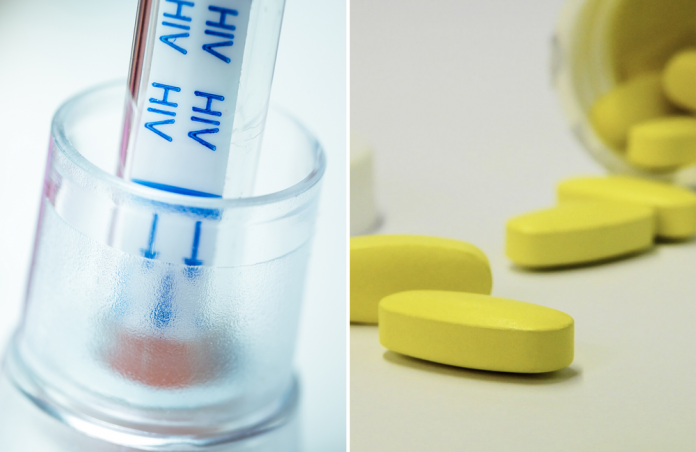 The World Health Organization (WHO) has issued new recommendations to help countries reach the 8.1 million people living with HIV who are yet to be diagnosed, and who are therefore unable to obtain lifesaving treatment.

“The face of the HIV epidemic has changed dramatically over the past decade,” said Dr Tedros Adhanom Ghebreyesus. “More people are receiving treatment than ever before, but too many are still not getting the help they need because they have not been diagnosed. WHO’s new HIV testing guidelines aim to dramatically change this.”

The WHO guidelines are released ahead of World AIDS Day and the International Conference on AIDS and Sexually Transmitted Infections in Africa (ICASA2019) which takes place in Kigali, Rwanda on 2-7 December. Today, three in 4 of all people with HIV live in the African Region.

The new “WHO consolidated guidelines on HIV testing services” recommend a range of innovative approaches to respond to contemporary needs.

WHO recommends countries use HIV self-testing as a gateway to diagnosis based on new evidence that people who are at higher HIV risk and not testing in clinical settings are more likely to be tested if they can access HIV self-tests.

The Organization also recommends social network-based HIV testing to reach key populations, who are at high risk but have less access to services. These include men who have sex with men, people who inject drugs, sex workers, transgender population and people in prisons. These “key populations” and their partners account for over 50 percent of new HIV infections. For example, when testing 99 contacts from social networks of 143 HIV-positive people in the Democratic Republic of Congo, 48 percent tested positive for HIV.

The use of peer-led, innovative digital communications such as short messages and videos can build demand- and increase uptake of HIV testing. Evidence from Viet Nam shows that online outreach workers counselled around 6 500 people from at-risk key population groups, of which 80 percent were referred to HIV testing and 95 percent took the tests. The majority of people who received counselling had never been in contact before with peer or outreach services for HIV.

WHO recommends focused community efforts to deliver rapid testing through lay providers for relevant countries in the European, South-East Asian, Western Pacific and Eastern Mediterranean regions where longstanding laboratory-based method called “western blotting” is still in use? Evidence from Kyrgyzstan shows that HIV diagnosis which took 4-6 weeks with the “western blotting” method now takes only 1-2 weeks and is much more affordable resulting from policy change.

Using HIV/syphilis dual rapid tests in antenatal care as the first HIV test can help countries eliminate mother-to-child transmission of both infections. The move can help close the testing and treatment gap and combat the second leading cause of stillbirths globally. More integrated approaches for HIV, syphilis and hepatitis B testing is also encouraged.

“Saving lives from HIV starts with testing,” says Dr Rachel Baggaley, WHO’s Team lead for HIV Testing, Prevention and Populations. “These new recommendations can help countries to accelerate their progress and respond more effectively to the changing nature of their HIV epidemics.”

At the end of 2018, there were 36.7 million people with HIV worldwide. Of these, 79 percent  had been diagnosed, 62 percent were on treatment, and 53 percent had reduced their HIV levels through sustained treatment, to the point at which they have substantially reduced risk of transmitting HIV.