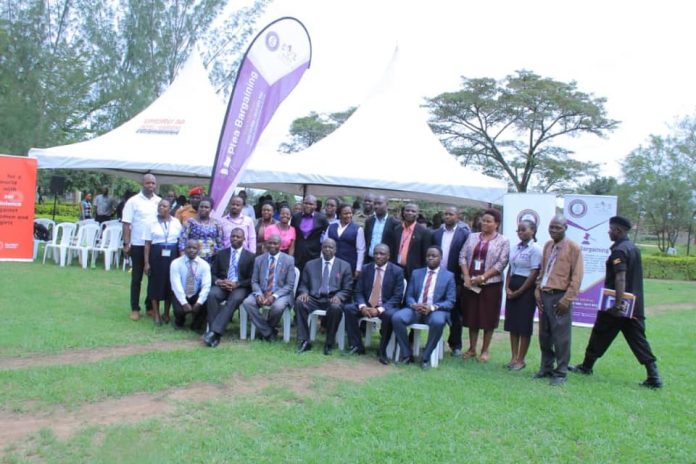 The Kasese Chief Magistrate’s Court has commenced its Open Day court and encouraged the public to embrace the new access to justice initiatives such as Mediation, Plea Bargaining and Small Claims Procedure. The court was last held five years ago.

Justice Karakire said this was a great platform for judicial law and order sector (JLOS) Institutions to freely interact with the people they serve.

Members of the public were given an opportunity to raise concerns affecting access to justice which ranged from need for community sensitization, corruption in police and the need to regulate the conduct for advocates and bailiffs.

Inmates were equally given an opportunity to give feedback on the justice system. Many asked about the right to bail.

The Fort Portal Assistant Registrar appreciated the JLOS support toward administration of justice especially with the recently concluded Sexual and Gender Based Violence cases where a recent session in Kasese concluded 50 cases.

The Judge urged the public to utilize the free legal services offered by Justice Centres whenever there is need. He equally appreciated the work of the Judiciary PR and Communications Unit in carrying out mass sensitization.

Judge Musene appealed to court bailiffs to follow the law and stop issuing their own costs or risk being prosecuted and their licenses revoked. Musene sounded this warning following an outcry from the public that court beliefs were over charging clients and arresting some of them.

As he moved a vote of thanks, the Judiciary Senior Communications Officer, Mr Solomon Muyita, appealed to the public to use the Judiciary toll free lines to report any matters of maladministration of justice in the courts.