The newly appointed Minister for ICT and National Guidance Hon. Peter Ogwang has been dragged to court over his academic qualifications to serve as an MP and a Minister, despite being a legislator since 2011.

According to Mushabe, Munungu & Co. Advocates that intend to sue Hon. Ogwang with instructions from their client Mr. Emmanuel Byamukama Tayebwa, they say Mr. Ogwang doesn’t possess requisite education qualifications or equivalent thereof from any institution in Uganda or outside Uganda. 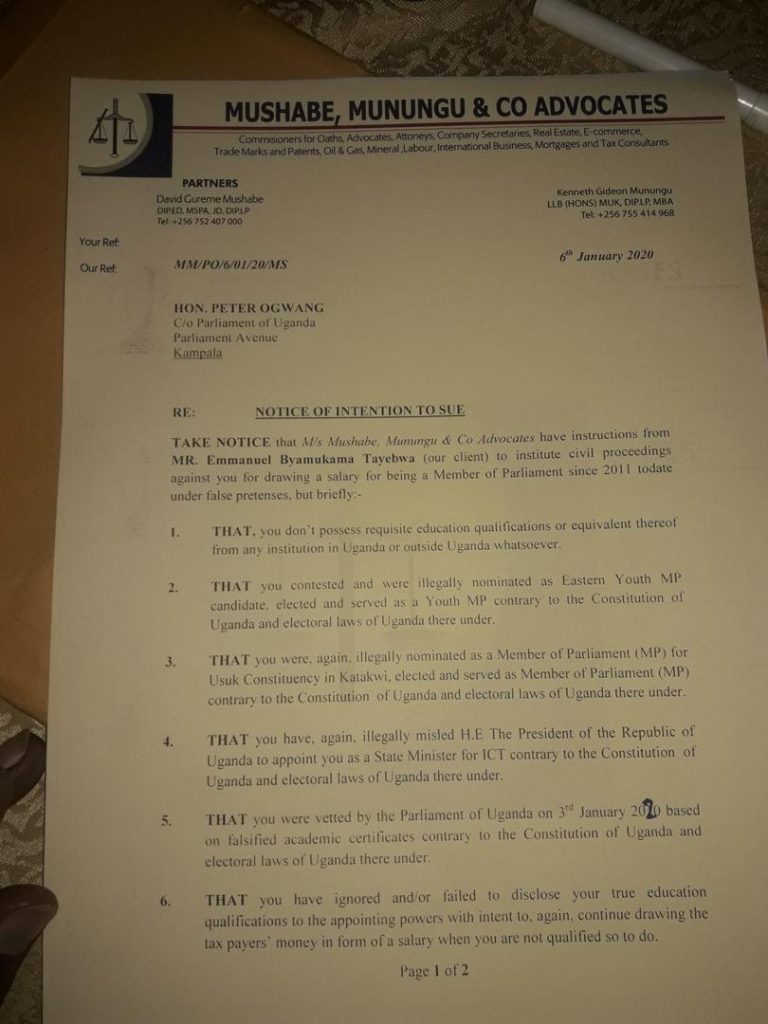 The letter says Ogwang contested and was illegally nominated as an MP for Usuk constituency in Katakwi and also misled President Museveni into appointing him as a state minister for ICT contrary to the constitution of Uganda and electoral laws of Uganda.

Mr. Ogwang was vetted by the Parliament on the 3rd Jan 2020, and according to Mr Emmanuel, he was vetted based on falsified academic certificates. 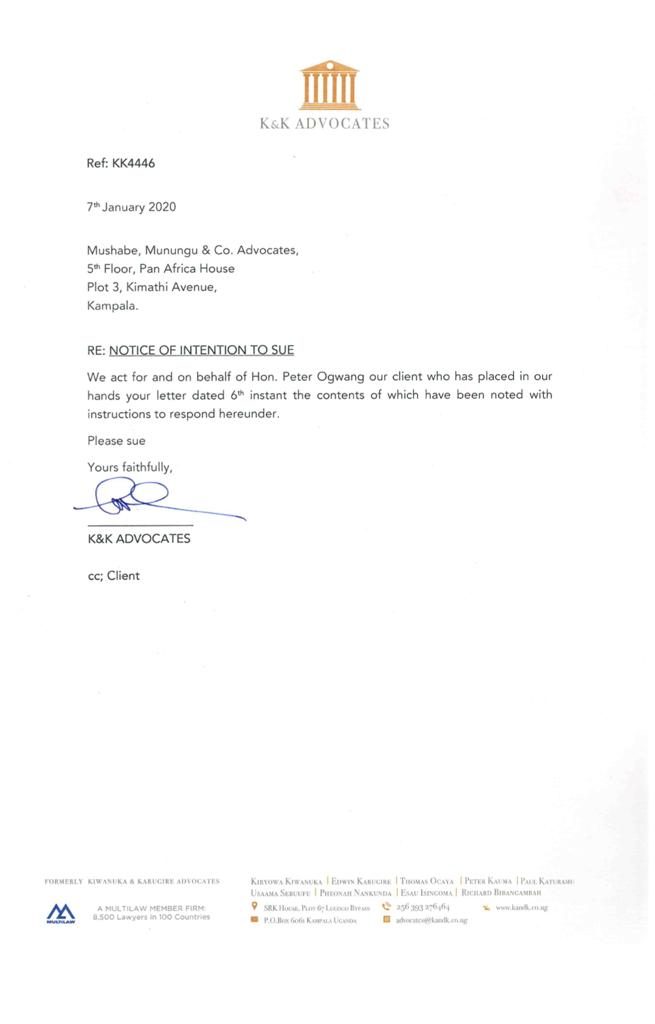