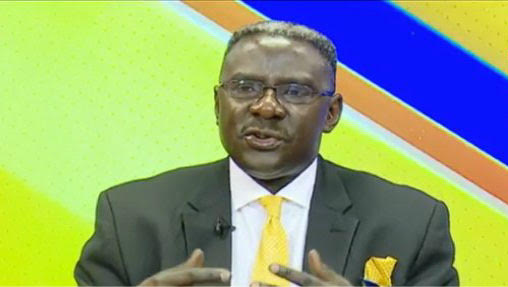 The National Resistance Movement (NRM), last week, held meetings of the Central Executive Committee (CEC), National Executive Committee (NEC) and National Conference (NC) from January 23-25, 2020. All those meetings resonate with the provisions of the Political Parties and Organisations Act (PPOA), the law that regulates the functioning of political parties in Uganda.

Essentially that law, which hitherto did not exist and that circumstance left a void, part of the reason why pluralism in Uganda was riddled with a lot of indiscipline on the part of political actors, is meant to stem errant behaviour. For instance, between 1979 – 1980, Ugandans, in a debilitating and chaotic political environment saw a change of heads of state five times: Idi Amin, Yusufu Lule, Godfrey Binaisa, Paul Muwanga and Milton Obote; and the price paid in terms of loss of human life, economic stagnation as well as wanton destruction of property was unacceptable!

First, the Yoweri Museveni administration should be credited for having had that foresight of enacting such a Law. It should be noted that since the inception of that Law, political actors have, save for those without a knack for order, largely been careful not to cross the red lines and rules of engagement. As a mass party, the NRM through its Committees like CEC, NEC and NC has ensured internal party cohesion with far-reaching positive reverberations for the country, including political stability. As the governing party, NRM’s stability is, arguably, critical for national progress and multiparty democracy.

Secondly, the NEC, CEC and NC meetings were a plus to the growth of both NRM’s internal democracy and cohesion as well as our country’s pluralistic practices. Again, as a mass party, which is explained by the magnitude and amplitude of its NC of over 14,000 members, it sets a good example to the other smaller parties namely UPC, FDC, DP JEEMA and CP in terms of party discipline, structural strength and accountability. If the NRM became rowdy, that would spell doom to the entities above and the domino effects to them would include indiscipline and instability hence reversing our democratic gains since 1986. Ugandans should remember that Yoweri Museveni, using his safe pair of hands and supported by his gallant NRA comrades, paid the ultimate price to bring about those gains.

Thirdly, those meetings were, particularly crucial because they permitted the NRM under President Yoweri Museveni to audit the running manifesto and forward-plan the 2021-2026 manifesto which will be sold to the Ugandan voter in the 2021 campaigns and general elections. They, simultaneously, permitted the Yoweri Museveni administration to gauge the pace and pulse of the progressive interventions meant to spur national development and growth of democracy. That audit, ideally, looked at the levels of manifesto implementation, successes and gaps and was expected to be the administration’s accountability to the Ugandan voter for the last four or so years since the last general elections in 2016; in case some less sagacious opposition stalwarts have forgotten,  the Yoweri Museveni administration and its manifesto were endorsed in those elections to steer the country up to 2021, forget about Kiiza Besigye’s and Bobi Wine’s infamous “People’s Government” and “People Power” political gymnastics, respectively.

Lastly, those meetings dealt, decisively, with the lingering internal contradictions like the issues of party primary elections’ cost, “rebel MPs” and “Independents” through candid dialogue and firmness.

This is what Umeme is doing, to keep Uganda, especially our...